The ANC and Patriotic Alliance might have ended their coalition in Johannesburg, but the two were both complicit in bad governance, said the DA. 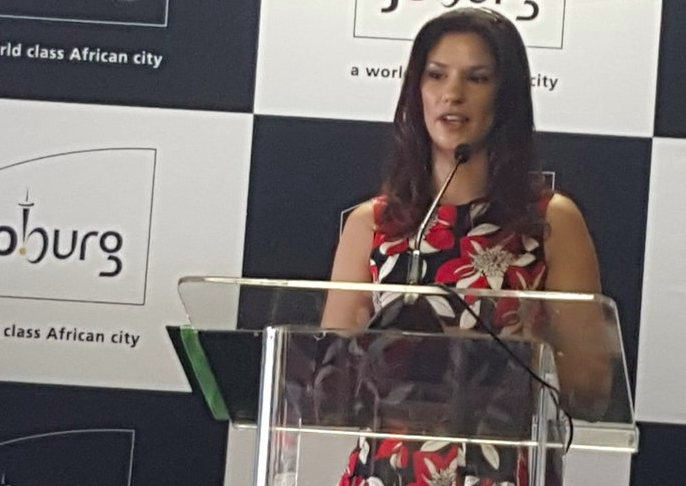 The ANC and Patriotic Alliance (PA) were just finger pointing and playing the blame game as they were both complicit in inappropriate governance of the city, which has led an investigation into the Johannesburg Property Company (JPC). This, according to the Democratic Alliance (DA).

The two parties announced this week that their “infant” coalition relationship came to an end, with the ANC accusing the PA of failing to understand “simple governance”.

According to the PA, however, the break-up was due to the ANC accusing the PA of “purging” their ANC “comrades” at the JPC who were suspended by the acting CEO last month pending investigations.

But they were just playing a blame game and finger pointing as they sat in the same cabinet, said Johannesburg DA’s caucus leader Leah Knott.

ALSO READ: ANC and Patriotic Alliance coalition ends due to ‘purge’ of comrades

“For the PA to come out and say they are all innocent is premature. They have concluded no investigation into officials to say that they are (indeed) corrupt, although they have launched investigations into some officials.

“We are glad there doesn’t appear to be this sort of holy alliance,” Knott told to The Citizen.

DA possible coalition with the PA?

While the ANC might hold majority of the seats in council, despite losing one councillor in the now defunct PA coalition, it was not yet clear if the DA would try to rope in the Patriotic Alliance, said Knott.

This after newly elected DA leader John Steenhuisen said earlier this week that his party would not enter “informal relationships” with other parties in order to win municipalities.

“Our principles and our view on transparency are vastly different. What John Steenhuisen spoke about is a written and formal agreement that outlines a joint manifesto on issues we agree on and that we won’t compromise on issues we don’t agree on.

“I can’t tell the future. At this period in time, I am concerned about their motives, particularly in the way they operate. But in the future, anything is possible,” she said.

However, the upcoming by-elections in November and early next year, could paint a different picture in Johannesburg’s council, she said.

“I think this will have an effect in council. The PA might have one seat but one seat can change one council meeting. After the by-elections we will be looking at a different picture,” she said.

In a meeting on Monday between the ANC and the PA, the latter party reiterated why the ANC’s three “comrades” at the JPC were suspended.

“Nearly R50 million was spent on questionable cleaning exercises, including fogging underground parking lots, which we, as the PA, are concerned was just an excuse to cynically use the pandemic to dispense ratepayer money to politically connected businesspeople. Large amounts were paid for work at city-owned or rented buildings that may not even have taken place,” said Nimmerhoudt.

According to the PA and Knott, some of the awarded companies had never provided cleaning services prior to the deal.

Said Knott: “Some companies were not in the field of cleaning, but provided security guards. Others repaired brakes and clutches and another were interior designers. A lot of companies doing the fogging have been charging over 400% of the market price.”

ANC Joburg spokesperson Sasabona Manganye said the list of allegations against the JPC were being probed by the Special Investigating Unit, the Public Protector and internal investigations by the JPC .

“It is the same ANC government that called the SIU to come and investigate matters that have to do with the failure to follow processes on the personal protective equipment and the overpricing and all those things. I don’t know how the ANC will protect anyone. We don’t have control over the SIU,” said Manganye.