‘Under my term, there was no corruption’ – Magashule maintains his innocence

Magashule says the only reason he has not spilled the beans to the public yet is because of advice from his legal counsel. 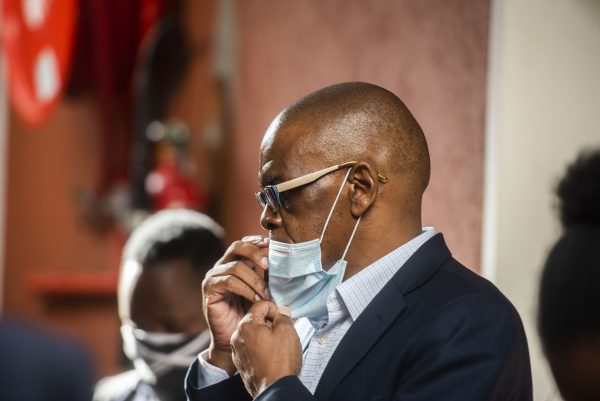 ANC secretary-general Ace Magashule says when all is done and dusted, he will spill the beans and tell the public everything.

Magashule addressed members of the media on Friday afternoon following his appearance at the Bloemfontein Magistrate’s Court in relation to the corruption that mired R250 million asbestos-eradication tender in the Free State.

He maintained his innocence and that there was no corruption under his leadership in the Free State.

“Under my term, there was no corruption… Once this case is over, history will absolve some of us, at that point, I will be able to express myself to the public,” said Magashule.

Magashule said the only reason he could not talk was because of advice from his legal counsel.

ALSO READ: Magashule: Why should I speak to the president about a case?

“I have by all means avoided the obvious temptation to speak about the merits and demerits of the ongoing case. I am sure you know by now that the indictment is voluminous and the lawyers are actually looking at that and we are studying everything.

“This is all because I respect our courts and I always take counsel from my competent legal team. if it was me, I would just talk but from time to time legal practitioners have to advise us.”

Tune into Newzroom Afrika on DSTV channel 405 for more.#AceMagashule pic.twitter.com/EFONyk9kMS

“I am innocent until proven otherwise by a competent court of law,” said Magashule.

He and 15 others are facing more than 70 charges of fraud and corruption related to the asbestos tender during his tenure as premier, according to the National Prosecution Authority (NPA).

“They are all charged with more than 70 counts of fraud, theft, attempted theft, corruption in contravention of the Prevention and Combating of Corrupt Activities Act, money laundering and contravention of various Asbestos Regulations, promulgated in terms of the Occupational Health and Safety Act 85 of 1993,” the NPA said in a statement.