At the top of the agenda will be the implementation of the step aside resolution and member suspensions. 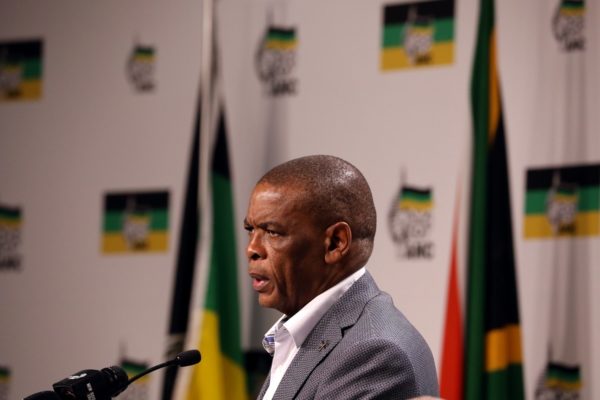 When is a suspension a suspension? The answer to this is as clear as mud as far as the ANC’s suspended secretary-general, Ace Magashule, is concerned.

The ANC has seemingly confirmed that Magashule will attend this weekend’s special national executive committee (NEC) meeting. This is despite his suspension letter written on Monday and leaked on Wednesday, clearly indicating he would not be allowed to participate in any party duties while he is suspended.

ANC national spokesperson Pule Mabe said all officials who are expected to attend the meeting will be participating. He would not confirm whether Magashule would be among the attendees, but his refusal to verify that Magashule would not, seemed to indicate the SG might still have a role to play.

At the top of the agenda will be the implementation of the step aside resolution adopted at the ANC’s 2017 national conference.

Magashule this week defied the ANC national working committee’s (NWC’s) decision to suspend him after he failed to voluntarily step down from his post within his 30-day grace period.

This has created confusion about Magashule’s suspension.

His suspension means he may not carry out any of his duties as secretary-general, represent the organisation publicly, or make any public pronouncements. He is also prohibited from mobilising any ANC structures on matters both related or unrelated to his stepping aside.

Mabe refused to be drawn into questions about whether Magashule was still carrying out his duties as secretary-general.

He was asked if Magashule had been coming to the office but did not answer.

Speaking out on Thursday morning, a defiant Magashule said he remained in his post until his appeal challenging his suspension had been heard.

“Nothing is going on with me, I’m still the secretary-general,” he told EWN in an interview.

Magashule, who is facing fraud and corruption charges in the Free State, confirmed his letter to Ramaphosa was legitimate and said it was Ramaphosa, in fact, who had been suspended.

This has been disputed by several senior leaders of the ANC who said he did not have the authority.

Magashule also claimed his opponents were using state organs against him and his allies in the ANC.

Mabe said Magashule remained a member of the ANC and should there be any developments the nation would be informed.

Ramaphosa on Heritage Day: We must become our own historians
9 hours ago
9 hours ago

Ramaphosa on Heritage Day: We must become our own historians
9 hours ago
9 hours ago