Former president has until Sunday to hand himself over to the police. 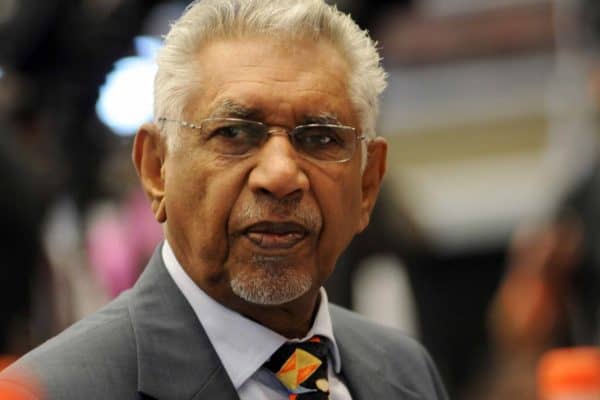 Former president Jacob Zuma’s spokesperson and ANC veteran Mac Maharaj has described the Constitutional Court’s (ConCourt’s) historic judgment on Tuesday that found Zuma guilty of contempt of court and sentenced him to jail for 15 months as a victory for South Africa’s democracy.

Maharaj, who retired as Zuma’s spin doctor in April 2015, says he quit his job due to the “overwhelming evidence” of corruption under the former president’s administration that became untenable for him.

“The evidence is overwhelming that under his administration corruption developed to a point where it became endemic in our system,” Maharaj told SABC News in an interview.

“In a democracy, whatever else we have to say, we have to accept that responsibility belongs right at the top of our democracy.”

Maharaj said the ConCourt’s ruling affirming that all citizens were equal before the law was a watershed moment for the country’s Constitution.  He said that “our democracy has been coming under attack” from “elements who have been involved in corruption”.

The highest court in the land delivered a scathing majority judgment against Zuma in his contempt of court case lodged by the Commission of Inquiry into Allegations of State Capture after he defied orders to appear before the commission and testify under oath.

“So, I believe that history may find that this was the moment that constitutes the turning point in our closing the chapter in the abuse of power and corruption, and entrenching our constitutional democracy,” Maharaj said.

Zuma has until Sunday to hand himself over to the police to start serving his sentence.

Maharaj said when he was appointed Zuma’s spokesman in 2011, there were no signs of corruption at that time. But, he said, there “were signs of abuse of authority”.

“I was first appointed as an envoy involved in issues of conflict resolution in the Middle East and in Libya. At a later stage, the president decided to appoint me as spokesman.

“I had no choice and I accepted that position and I tried to fulfill it to the best of my abilities. I decided then as my job was to articulate and present his positions to society, I did so. But when I found the situation was becoming untenable, I chose to retire,” he said.