Phumzile to ‘lying’ Steenhuisen: ‘Keep my name out of your mouth!’

Former MP Phumzile van Damme has had it with the DA's 'useful idiots' and 'pathological liars', and she's spilling tea. 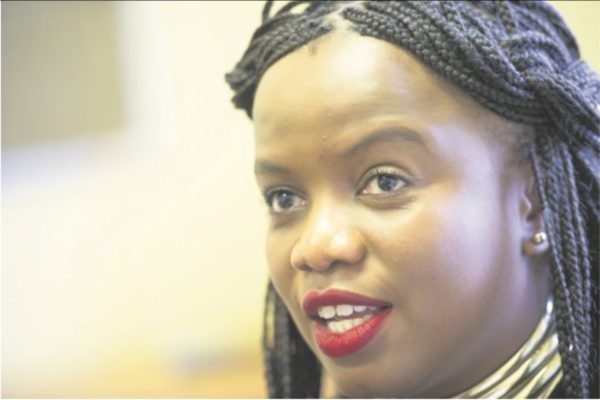 Former Democratic Alliance (DA) MP and spokesperson on communications, Phumzile van Damme, has decided to break her silence about why she really resigned from her position in the party, and she has pulled no punches in exposing DA leader John Steenhuisen over his “lies” about the matter.

Van Damme took to Twitter on Wednesday afternoon, and she made it very clear that she is overjoyed about no longer being associated “with the joke the DA has become” under Steenhuisen’s leadership.

Her tweets were apparently prompted by Steenhuisen allegedly lying about her reasons for first resigning as a DA MP in May this year, before tendering her resignation from the party completely in June.

It is not clear what exactly Steenhuisen said to set her off, but it is obvious she came prepared for a fight, exposing how DA chief whip Natasha Mazzone’s censoring her during her pursuit of accountability from tech giant Facebook was the reason she decided to step away from her parliamentary position.

At the time of her resignation, Van Damme was spearheading an attempt to get Facebook into Parliament to answer questions about what steps it would be taking to counter misinformation ahead of the upcoming elections. The company, however, failed to appear, and this is apparently what set Van Damme on a collision course with Mazzone.

It appears that instead of holding the tech giants accountable, Mazzone was more concerned with how going after Facebook would affect the DA’s own campaigning, saying the social media platform was the DA’s “biggest social media apparatus” and pursuing the matter further was “a fight we will not win”.

Texts between the two show how Mazzone shut down Van Damme’s vigour for going after the company, in a manner the latter described as “autocratic”.

Van Damme insisted on pursuing the matter, but Mazzone shut her down, saying her decision was “final”.

The exchange culminated in Van Damme informing Mazzone to be on the lookout for her resignation, but the DA’s chief whip didn’t appear too broken up about this, simply telling her she would await the letter.

Van Damme says she had also been approached by Facebook lobbyists during this period, but that said lobbyists must have found a “useful idiot” in Mazzone when they realised that she could not be swayed from holding them to account.

All in all, it is safe to assume there is no love lost between the former MP and her former DA colleagues.

Neither Mazzone or Van Damme could be reached for comment on the matter, and updates will be published as Van Damme spills more tea.