MKMVA once again says 'one has the power and right to disband it'. 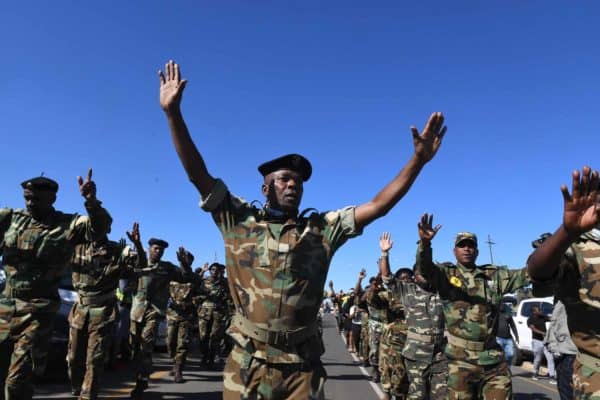 It appears as though members of the Umkhonto weSizwe Military Veterans’ Association (MKMVA) are still refusing to accept the disbandment of the armed military wing.

MKMVA ‘is not disbanded’

Addressing the crowd at the memorial service of the late Kebby Maphatsoe on Friday, MKMVA member Shelly Brown criticised the move of the African National Congress (ANC) to disband the association.

Maphatsoe died on Tuesday afternoon. According to his brother Joseph Maphatsoe, he died peacefully in his sleep at his home in Meyersdal, Alberton.

Joseph said his brother died from cardiac failure, a chronic condition in which the heart does not pump blood as well as it should.

His funeral will be held at the GOG Recreation Centre, Extension 14, Protea Glen, on Sunday at 10am.

“As far as the MKMVA is concerned, we do not accept this disbandment. We have been very clear that we have supported the objective of uniting all ex-MK veterans.”

Niehaus said the MKMVA was “dismayed” by the ANC’s response, and he again rejected the disbandment order as being against procedure and “illegal”.

He slammed the NEC for having not shown enough regard for the welfare of suffering MKMVA members, who had been “languishing in dire poverty”.

This came after acting ANC secretary-general Jessie Duarte confirmed in July this year the party’s national executive committee (NEC) had resolved to disband both the MKMVA and MK Council.

The NEC called for the national working committee’s decision to immediately disband the MKMWA and MK Council to be implemented and the establishment of an MK Veterans Unity Conference Preparatory Committee.

However, the MKMVA said it did not recognise the ANC’s Preparatory Committee.