Mathebe is competing for the control of the mining-rich Sekhukhune municipality with two other candidates. They are Maleke Mokganyetjie and Kgwediyebotse Chigo. 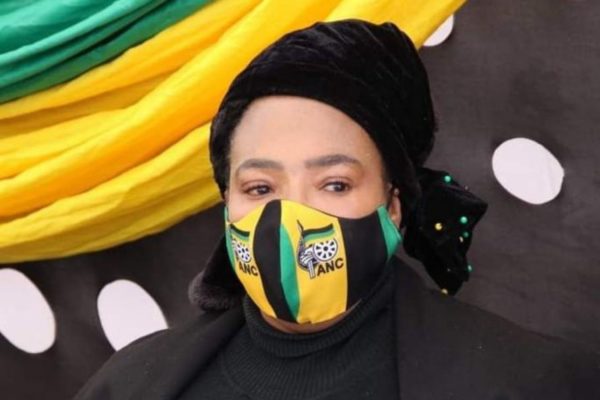 A Limpopo ANC bigwig and municipal mayor in the Sekhukhune region of Limpopo has approached the national leadership of the ANC for help, after her name was allegedly booted off a councillor candidate list.

This amid accusations that she only has matric as her highest qualification, in light of her bid to be elected as councillor and subsequently, mayor of Sekhukhune District Municipality.

Current mayor for the Elias Motsoaledi Local Municipality – which sits under Sekhukhune – in the platinum town of Groblersdal, Julia Mathebe, has appealed to the national executive committee (NEC) of the ANC for urgent intervention on the matter.

The mayor, who is also ANC Sekhukhune regional deputy chair, also sent her qualifications to The Citizen in a bid to prove to the “doubting Thomases” that she qualifies for the job.

“I have heard it from grapevines that my name has been removed from the candidate list.

“First I took it light, but later I learnt that those speaking a different political language with me in the provincial executive committee [PEC] of the ANC were responsible for removing my name.

“When I speak to some of the provincial leadership in the ANC about the matter, they gave me the runaround and sent me from pillar to post.

“What is more worrying is that this issue is now the talk of the province and it has the potential to influence the outcome of the interviewing and auditing processes,” said Mathebe, angrily.

Mathebe is competing for the control of the mining-rich Sekhukhune District Municipality with two other candidates. They are Maleke Mokganyetjie and Kgwediyebotse Chigo.

Mokganyetjie is alleged to have a teachers’ diploma as her highest qualification.

She is a current ANC chief whip in the Sekhukhune municipality, a position she filled after the passing away of Tseke Lepota, who was the chief whip.

Kgwediyebotse, on the other hand, allegedly possesses a public relations level 6 qualification from Unisa, and is the current chief whip of Makhuduthamaga Local Municipality in Jane Furse.

Perusing the qualification documents sent to The Citizen, Mathebe was found to have obtained NQF level 6 qualification on municipal governance and management from the University of Johannesburg.

She is also one of the many vastly experienced ANC cadres in the region, with 15 years of experience in local government, and seven years’ experience as mayor for the Elias Motsoaledi municipality.

Mathebe is also currently completing her bachelor of public administration degree with Mancosa.

ALSO READ: The battle to be Polokwane mayor may come down to gender

It remains to be seen which of the three candidates will be victorious.

The ANC said on Wednesday it would have a tough time selecting the most relevant candidates to be deployed as mayors, as most on the lists had the requisite skills, qualifications and glittering public conduct.

Cooperative governance MEC Basikopo Makamu, who oversees the day-to-day functions of municipalities in the province, said all councils would need to be constituted within 14 days after the Independent Electoral Commission’s official proclamation of the election results.

Makamu said the constitution of the councils would include the election of mayors, speakers, full-time councillors and the establishment of council committees.

The ANC in Limpopo reserved its comment on the Mathebe fiasco.

PEC spokesperson Donald Selamolela said he was not aware of the matter of Mathebe’s removal from the list, and undertook to investigate.

ALSO READ: Limpopo ballot box ‘in quarantine’ after being tampered with

“We are yet to convene as the PEC to reflect on the outcome of the interviewing processes of the candidates. We hope the panelists will be able to brief us if there has been such incident, where Mathebe’s name was removed, because of alleged poor qualifications.

“Once briefed, we will take it from there and comment later,” said Selamolela.

He, however, said for one to qualify to be a mayor, a number of things such as qualifications, experience and public conduct should be considered.

“It is not only qualifications needed to qualify to be a mayor or an executive mayor.”

ANC national spokesperson Pule Mabe was not available for comment at the time of going to press.