Ramaphosa has defended himself amid allegations that he was complicit in covering up a burglary at his game farm. 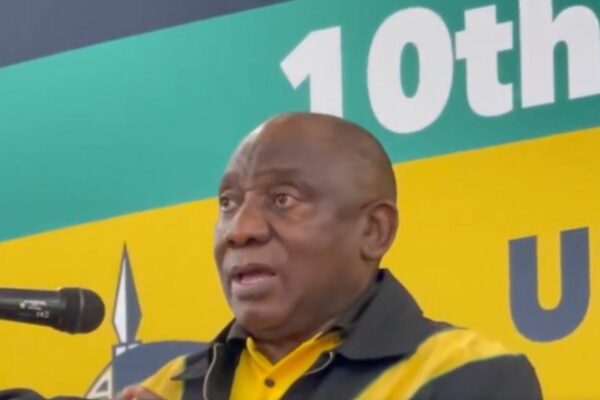 African National Congress (ANC) President Cyril Ramaphosa has defended himself from any wrongdoing regarding his stolen millions.

But at the same time, the president is yet to provide the key details on the now infamous 2020 robbery at this Phala Phala Wildlife farm where at least $4 million was stolen.

He has called for patience pending a full investigation into the burglary.

Ramaphosa made the utterances in his first public address before ANC members at Limpopo regional conference on Sunday.

Former spy boss Arthur Fraser laid a complaint against Ramaphosa on Wednesday, accusing him of breaching the Prevention of Organised Crime Act by not reporting the robbery.

According to the statement by Fraser, the millions of “undeclared” US dollars were stashed away inside pieces of furniture at the game farm.

“One of the domestic workers employed at Phala Phala discovered undisclosed sums of US$ concealed in the furniture of the President’s residence at the farm,” reads the statement.

“The amount involved is far less than what has been bandied in the press. Some are casting aspersions about me and money. I want to assure you, comrades, that all this was money from proceeds from selling animals. I have never stolen money from anywhere, be it from our taxpayers or anyone; I have never done so and will never do so.”

Ramaphosa emphasised that he would continue to fight corruption, adding that there was a political agenda against him.

“I want to make it clear that I will continue to fight corruption and some of these sayings are clear. They have their political agenda, and we are all aware of that. But it will not deter me from fighting corruption.”

If Ramaphosa believes there may be an alleged political agenda against him, he may want to watch his back as the party heads to its elective conference in December.

Last week, the Director of Programmes at the Auwal Socioeconomic Research Institute (Asri) Ebrahim Fakir said that Ramaphosa could not be blamed for everything going wrong in South Africa.

“The president didn’t take a strong enough stand as he should, particularly on issues of internal discipline within the party,” said Fakir.

“The problem is fundamentally the ANC. He then has to realise that even if and when he goes to the elective conference at the end of this year, he will still be bedevilled by these problems of paranoia and paralysis because he’ll continue looking over his back.”

ALSO READ: Ramaphosa can’t be blamed for everything going wrong in SA – analyst

Ramaphosa said the matter of the stolen millions would be thoroughly investigated.

“I will cooperate with any process.”

However, even with Ramaphosa’s carefully crafted message to delegates, key questions remain, including how much was stolen, whether it was from the sales of animals, the proof and record of the sales and whether or not he was complicit in covering up a crime.

While the ANC on Friday said it refused to be drawn into the brawl between Ramaphosa and Fraser, the president is likely to face the fury of his detractors at the party’s next working and national executive committee meeting.