Rubbish collections on Workers Day have led to cynical speculations that they might have been part of a strategic plan. 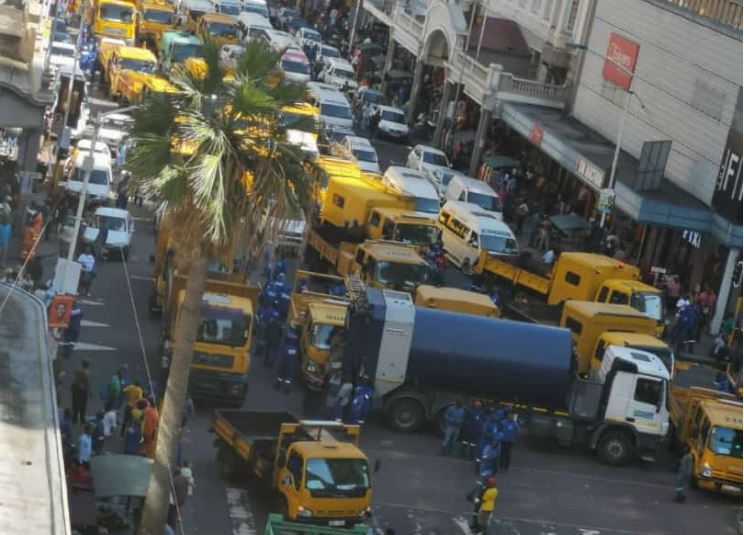 Day 3 of municipal workers strike brings the Durban CBD to a standstill.

Durban residents on WhatsApp groups and other social media channels have been urged to keep away from major roads on Thursday morning as large convoys of dump trucks, carrying singing municipal workers, head back into the centre of Durban in what appears to be a repeat of the shutdown seen earlier this week, reports Highway Mail.

On Tuesday, residents were warned not to put out their rubbish as Durban Solid Waste (DSW) employees protested outside the Durban City Hall.

DSW workers were outraged by allegations that the Umkhonto weSizwe veterans (MKVs), who were employed by the municipality in 2016, received a hefty salary boost, and are demanding the same increase.

According to Queen Mbatha, vice-chairperson of the Independent Municipal and Allied Trade Union (Imatu), the escalation of the action was part of an ongoing dispute by water and sanitation workers which other municipal workers had joined in solidarity.

Because of the damage caused by flood waters recently, several areas continue to be left without water due to the strikers steadfastly refusing to work to fix water pipes and sewer lines damaged during the deluge.

In addition, threats were allegedly made last week by workers to shut down the supply to Durban’s affluent suburbs if the city failed to accede to their demands.

Residents reported on Wednesday that some areas had received rubbish collection services, leading some to speculate that the strike action ended.

However, Thursday morning saw more of the same action seen on Tuesday morning, with routes into the city being blocked by trucks, leading residents to deduct that the action was ongoing, despite reports that the city had received an interdict to instruct workers to return to work with immediate effect.

Some residents on the Queensburgh News and Highway Mail Facebook pages have also expressed the view that perhaps the workers only collected rubbish on Workers’ Day to enable them to receive double time for working on a public holiday. The most cynical comment even suggested the collections were a strategic plan by the workers to collect more rubbish to dump in the city centre today.

Residents in Westville also reported on Thursday morning that the N3 is completely blocked.