He says the media should also exercise caution when handling leaked information and avoid spreading a particular agenda or narrative. 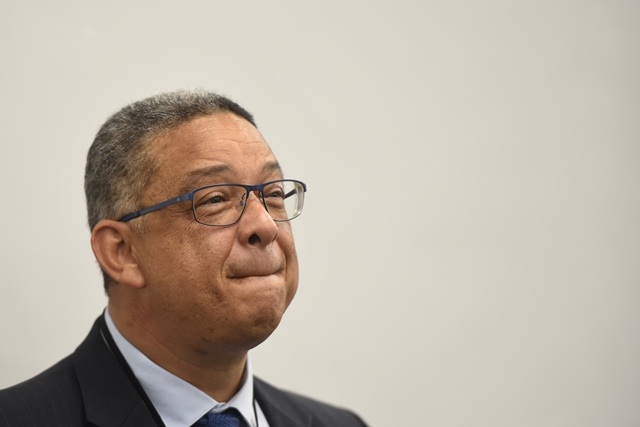 Former Independent Police Investigative Directorate (Ipid) head Robert McBride on Friday told the commission of inquiry into state capture that media houses and journalists should exercise caution when handling leaked information, which could lead to the publication of a scoop.

McBride was commenting on a series of false reports published by the Sunday Times and Sunday Independent, which McBride said in his statement to the commission were meant “to prop up [former police minister Nathi] Nhleko’s false narrative to discredit” officials within the country’s law enforcement agencies, including himself, former Hawks boss Anwa Dramat and former Gauteng Hawks head Shadrack Sibiya.

Last year, the Sunday Times issued an apology for the discredited reports and undertook to return the awards and prize money it received for articles it ran about the Cato Manor “death squad”, the Sars “rogue unit” and Zimbabwean extraditions.

McBride told the commission on Friday that the leaking to the media of the Werkmans report had been “improper conduct”.

The report recommended he and his colleagues, Innocent Khuba and Matthew Sesoko, should be charged with fraud and defeating the ends of justice.

Former police minister Nathi Nhleko appointed law firm Werkmans on February 23, 2015, to investigate McBride, Sesoko and Khuba on whether they had altered an Ipid report on the Zimbabwe renditions, and by so doing exonerated Dramat and Sibiya of any wrongdoing in the illegal deportations of Zimbabweans in 2010. The law firm issued its final report on April 24, 2015.

The former Ipid head added on Friday that the fact that he, Khuba and Sesoko were not aware of the content of the Werkmans report when it was leaked to the media was “significantly irregular”.

He told the commission that “the scoop” had been given to three publications, including the Sunday Times and Sunday Independent, which led to those who were left out of the loop becoming resentful, and to tipping him and his colleagues off about who had leaked the report.

McBride explained that the Sunday Times had begun running articles on the Zimbabwe renditions from around 2010 or 2011 and that the Werkmans report was used by people who had an interest in proving “the accuracy of the initial stuff that they had leaked”.

“The Sunday Times, definitely, were both, if I can put it this way, the thrower of the javelin over the bar and they went to catch on the other side,” McBride said.

He blasted the publication for not exercising caution when reporting on the matter which dealt with “the wiping out of independent” anti-corruption law enforcement agencies.

He said some caution should have been exercised in the way the report was handled before it was leaked to the media and that the media should have exercised caution as well, and questioned whether the minister of police had seen the report by the time it was leaked to them and whether the individuals who leaked it could provide supporting evidence.

“I know that media likes a scoop, and it’s good that we have a free media in this country, but you should have alarm bells ringing when you see independent anti-corruption institutions being wiped out,” McBride said, adding that media houses should question the agenda and narrative of those behind any leaks.