The former president questions how he could have said Gama was his only choice when the latter was facing charges at the time. 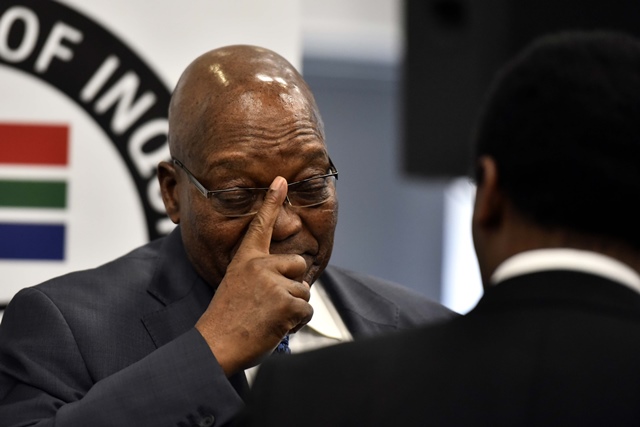 Former president Jacob Zuma has told the commission of inquiry into state capture that he could not have said that Siyabonga Gama was his “only choice” for the appointment of chief executive officer (CEO).

“I don’t remember myself saying these things, how could I say these things when someone was facing serious charges,” Zuma said.

He said had he done this, he would have been undermining due processes.

Questioned whether he recalled instructing Hogan that a CEO would not be appointed at Transnet until Gama’s inquiry was concluded, Zuma said he had “difficulty” with Hogan’s testimony, reiterating that he could not have said that Gama was his preferred candidate.

Hogan also told the commission that a number of ANC leaders, including former secretary-general Gwede Mantashe, had been “very vocal” support for Gama’s appointment, though the Transnet board was opposed to it.

Zuma, however, said this was never discussed by the leadership of the party.

The former president said that at the time he was looking at the process and welcomed its final decision and had not placed his preference on Gama or on anyone else.

Advocate Muzi Sikhakhane then rose to his feet, blasting Pretorius and Zondo for questioning Zuma on the Transnet CEO appointment.

“This is poor… I know you said I can’t tell you about how to do your jobs but I will now. I don’t think it’s fair to ask someone who was head of state to tell you the process of appointing people when you have Annexure D in front of you, telling you the process you are looking for.”

Zondo told Sikhakhane that sometimes processes are not understood, and the questions were posed to Zuma in order to understand those processes.

Sikhakhane replied: “Chairperson, and what does that have to do with fraud and corruption?”

Said Zondo: “It is possible that his understanding of the process differs from what’s laid down here.”

Sikhakhane repeated that “this is poor” because the commission has documents spelling out processes.

” I just told you…you might have law that says this is the process, and have an individual who sees things otherwise,” Zondo told Sikhakhane, who then returned to his seat.