This comes as the SA Weather Service in Port Elizabeth warned of disruptive snowfalls on the high ground of the Eastern Cape. 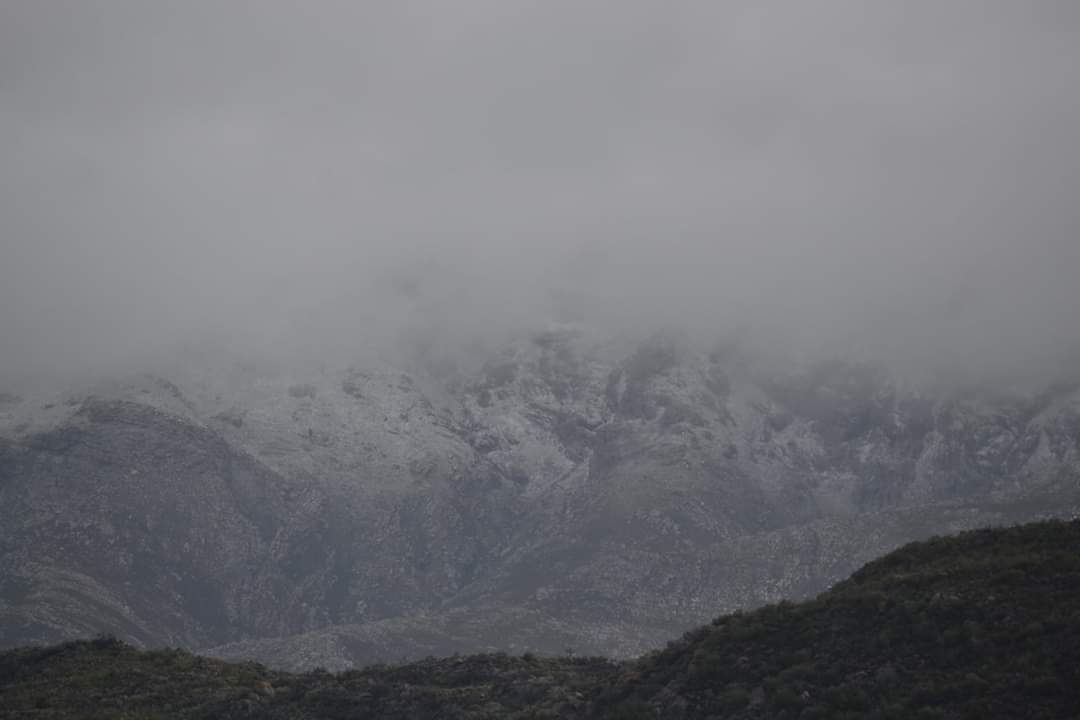 Snow this week in the southern part of the country. Credit SAWS/Twitter

Dangerous driving conditions due to consistent snowfall in the Eastern Cape has forced provincial transport authorities to close parts of major roads in the province.

Transport department spokesperson Khusela Rantjie announced on Tuesday night that the N9 between Graaff-Reinet and Middelburg, and the R61 between Cradock and the N9 would be closed off with immediate effect.

Rantjie said an assessment of the conditions on the R63 via Somerset East was being conducted, in order to provide an alternative route.

More snow was falling near Graaff-Reinet around the Lootsberg Pass, SA Weather warned on Twitter.

The weather service also warned that severe frost in the northern interior of the Eastern Cape could be expected on Wednesday morning.

SA Weather Service meteorologist Lelo Kleinbooi said: “The snowfall is expected to persist until tomorrow early morning [Wednesday] over most of the high-lying areas. Thereafter, due to very cold conditions, frost can be expect over a vast area over the province’s interior for the rest of the morning. Strong winds and a chance of showers are expected along the coastal areas mainly in the morning, with the weather easing off in the afternoon.”

Kleinbooi said the weather would continue improving from Wednesday afternoon, “with the next chance of showers and rain on Friday, mainly confined over the southern and central parts as another cold front will be expected to pass south.”

The weather authority also warned about heavy rainfall on Tuesday night, leading to flooding at the coastal resort town of Cape St Francis and Woody Cape between 19:20 to 10:00 on Tuesday. This should subside by Wednesday morning, Kleinbooi said.