Koepka willing to put beef with DeChambeau aside for Ryder Cup

"If we're going to be on the same team, I can deal with anybody in the world for a week," said Koepka. 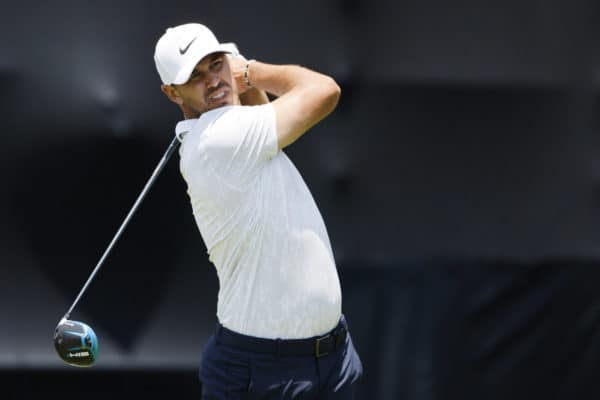 Brooks Koepka of the US says he'll put his issues with Bryson DeChambeau aside for the Ryder Cup. Picture: EPA-EFE/Erik S Lesser

Four-time major champion Brooks Koepka believes a battle with Bryson DeChambeau would be a box office return for the British Open this week, but is willing to put their differences aside for the Ryder Cup later this year.

The two Americans have played out their differences in public with Koepka complaining of DeChambeau’s slow play.

DeChambeau, who won his only major at the 2020 US Open, then took aim at Koepka’s physique after he posed for ESPN magazine’s body issue.

Since then there have been a series of digs between the pair on social media.

“I think there would be a lot of people tuning in,” said Koepka on the possibility of being in the final group with DeChambeau on Sunday.

Come September the two will be in the same team for the USA against Europe, but Koepka does not envisage being paired together by captain Steve Stricker.

ALSO READ: Ernie Els celebrates a return to the Open – for the 30th time this week

“I can put it aside for business. If we’re going to be on the same team, I can deal with anybody in the world for a week,” added Koepka.

“I’m not playing with him. I’m pretty sure we’re not going to be paired together; put it that way.

“I don’t think we’re going to be high-fiving and having late-night conversations. I do my thing, he does his thing. We’re on the same team, but it’s not an issue at all.”

The British Open returns on Thursday after last year’s event had to be cancelled due to the coronavirus pandemic.

A crowd of up to 32,000 will also be in attendance at Royal St George’s in Kent, but Covid-19 protocols are still in place for the players.

They have to stay in either approved hotels or private accommodation in a bubble of up to four people, but cannot stay with fellow players.

Koepka has brought his caddie, physio and agent, but is missing the home-cooked meals of his usual chef.