The Ethiopian athlete ran the first 10km in 29:45, and she got even faster over the final section of the race. 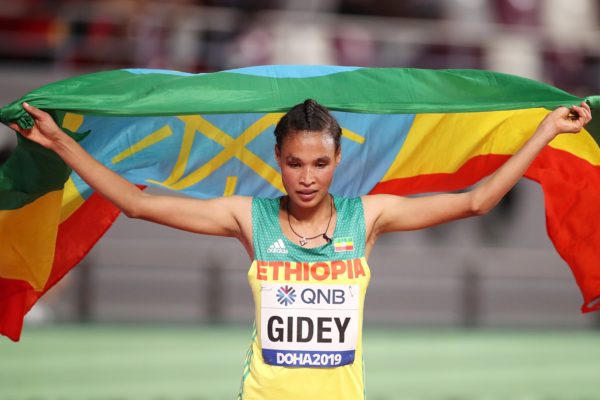 Letesenbet Gidey pulverised the women’s half-marathon world record on Sunday, slicing more than a minute off the previous mark when she won in Valencia.

Running in bright sunshine, it was the first half-marathon the 23-year-old Ethiopian had raced in and she added the record to her 5000m and 10,000m world records.

“Gracias Valencia,” Gidey said at the finish line. “I’m so happy,” she said, holding a sign saying “First woman in history under 63 minutes”.

She ran the first 10km in 29:45 and then got even faster over the final section of the race.