No fight from Faf du Plessis and his troops as the admirable islanders complete a Test series whitewash. 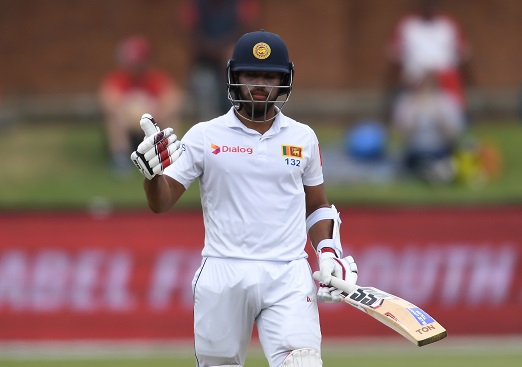 The Proteas showed no fight in slumping to a demoralising eight-wicket loss to Sri Lanka in Port Elizabeth on Saturday.

In the process, they suffered only their second Test series whitewash at home since 1992 – Australia beat them 3-0 in 2006 – to an opponent that came to local shores without much hope.

The admirable Sri Lankans become only the third team and the first from the sub-continent to win a red-ball series in South Africa.

To be fair, the writing had been on the wall by the close of Friday’s second day after the islanders had ended on 60/2, chasing only 198 following the Proteas’ collapse to 128 all out.

There had been hope that the potent pace attack of Dale Steyn, Kagiso Rabada and Duanne Olivier would summon one last act of heroism, but they seemed to lose heart moments after Oshada Fernando and Kusal Mendis made their attacking mindset clear.

Rabada and Olivier had started decently before Mendis hit the latter for two boundaries in the seventh over of the day.

From there on, the pair prospered and even managed to tame the pace of the rapid Rabada, who consistently hit speeds over 145km/h.

But it made no difference as both reached fine half-centuries.

Captain Faf du Plessis was surprisingly muted in his tactical approach, showing little willingness to try something else as he stuck to his two young quicks.

Dale Steyn was off-target and debutant Wiaan Mulder bafflingly only bowled X overs, despite being known as a very competent seamer.

Fernando ended on 75, while Mendis excited with his 84.