Kohli returns as India look to hit back against South Africa

The regular India skipper missed the second Test at the Wanderers, which the Proteas won by seven wickets. 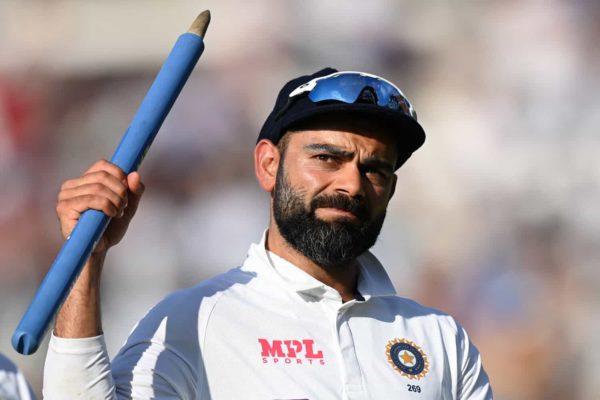 Virat Kohli is back to lead India in the third Test against South Africa, starting at Newlands on Tuesday. Picture: Glyn Kirk / AFP

India will be looking to Virat Kohli to provide inspiration and runs as they seek to bounce back in the decisive third Test against South Africa starting at Newlands on Tuesday.

Kohli is expected to return as captain and key batsman after missing India’s defeat in the second Test in Johannesburg because of a back spasm.

Kohli’s fierce competitiveness was missing in the closing stages at the Wanderers last Thursday as South Africa chased down a challenging target of 240 to level the series at 1-1.

Indian coach Rahul Dravid pointed out that a damp outfield affected the ball and made the Indian bowlers less effective but there seemed an air of resignation as the South Africans got closer to their seven-wicket win.

India were also hampered by the failure of any of their batters to emulate first Test centurion KL Rahul by converting good starts into big scores.

Kohli, who has made 27 Test centuries, is capable of taking advantage of a Newlands pitch likely to be more friendly to batters than those on which the first two matches were played.

But Kohli will have to rise to the challenge of overcoming a two-year run of relatively poor form.

Although Kohli’s career Test batting average is still above 50, it drops to below 30 since he scored 317 runs for twice out in a home series against South Africa in October 2019. He made 136 against Bangladesh in Kolkata a month later but has not made another century in 14 subsequent Test matches.

Pujara and Rahane under pressure

India will also be looking to two other experienced players, Cheteshwar Pujara and Ajinkya Rahane, to bat for long periods. Both batsmen have been under pressure from critics in recent months but they shared an impressive century partnership in Johannesburg before being dismissed for 53 and 58 respectively.

India are likely to make one forced change unless aggressive fast bowler Mohammed Siraj makes a remarkable recovery from a hamstring injury. One of the experienced duo of Ishant Sharma and Umesh Yadav is likely to step in.

South African captain Dean Elgar, who made a match-winning 96 not out in the final innings in Johannesburg, made a realistic assessment of his team’s prospects by describing the win as “a step in the right direction”, while warning that “not everything is going to go our way”.

The reality is that South Africa have a fragile batting order, short on experience and sheer quality.

But what Elgar has brought to the team since being appointed full-time captain last year is an insistence that his players be willing to put up a fight.

Elgar’s public acknowledgement that he had a “tough conversation” with Kagiso Rabada, the leader of the fast bowling attack, was a strong signal that he expected his players to give of their best all the time.

South Africa gambled by picking four seam bowlers and only six recognised batsmen at the Wanderers.

Left-arm spinner Keshav Maharaj, who only bowled two overs in the match, is likely to play a much bigger role at Newlands, so the discussion for South Africa is likely to be whether to keep a four-pronged pace attack or to attempt to bolster the batting, possibly by recalling all-rounder Wiaan Mulder.