"I will look to use him in whatever capacity I can. It’s the same with all of our ex-players, we want to get them closer to us." 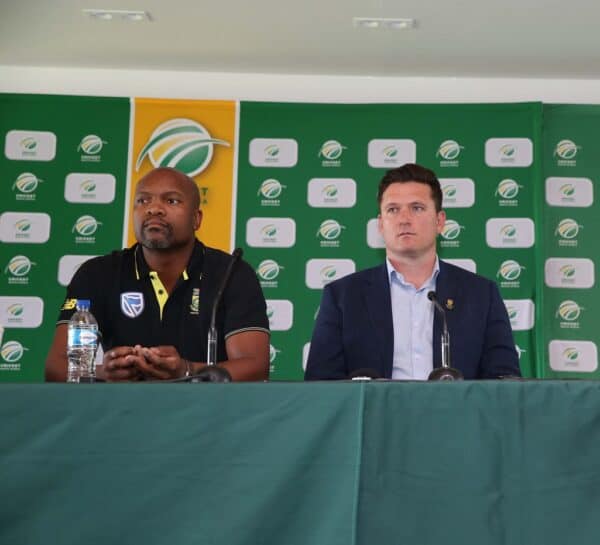 New CSA director of cricket Enoch Nkwe has expressed a desire to keep his predecessor Graeme Smith involved in South African cricket, saying “you can’t take it away from him, he is one of the legends of the game.”

Smith’s tenure as director of cricket came to an end on March 31 and, given the often-strained relationship between him and the CSA Board, which unsuccessfully charged him with racism, he decided not to pursue a renewal of his contract.

Nkwe, the former assistant coach of the national team, was announced as Smith’s successor on June 30 and held his first press conference on July 8. Having already revealed he has a good relationship with Proteas head coach Mark Boucher, and the pair had held a fruitful meeting before the team’s departure to England, Nkwe then stated his willingness to also work with Smith.

“For the betterment of South African cricket, it will always be good to have some level of contact with Graeme, to ensure continuity,” Nkwe said.

“You can’t take it away from him, he is one of the legends of the game and our most successful captain. You want to tap into that cricket brain, see how he sees things from the outside.

“He’s been involved in the IPL, he’s still based in South Africa and he’s only a call away. Why not use him? You don’t want to lose him to the wilderness.

“So I will look to use him in whatever capacity I can. It’s the same with all of our ex-players, we want to get them closer to us,” Nkwe said.

Read more: Nkwe and Boucher eager to ‘get the best out of each other’

The former Central Gauteng Lions player and coach said the Proteas team were supportive of the positive brand of cricket he wants to introduce to all CSA teams.

“It’s a very positive brand. As South Africans we are so diverse and I would like us to show the world that we can lead the cricketing space,” Nkwe said.

“Whenever we have thrown the first punch then we have been very dominant. I’d like to see that attitude spread down the pipeline, I want us to become trendsetters.

“Every time we have been positive, taken risks, not been afraid, then we’ve been a strong force. Other countries have spoken highly about our talent, we want to be in a position to win a lot more often.

“Most of the players understand my philosophy, although there are quite a few things from a strategic point of view which we still need to unpack,” Nkwe said.

Also read: The wrath of a spouse whose partner has committed adultery