North and south dominate our Super Rugby XV of the week

The Lions and Stormers impress, which probably isn't really surprising given that they are South Africa's two conference winners. 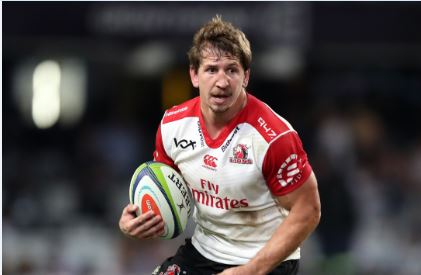 There’s a neat balance to our select team this week.

For once, it’s the Lions’ forwards that will lay a platform for the Stormers’ backs, who impressed at Loftus.

And, of course, the halfbacks are a pair of unrelated Cronjes…

He didn’t have to fulfill many defensive duties in an open game, meaning he could express all his attacking talents.

And the Springbok winger certainly put up a show.

This pocket rocket is now showing weekly what South African rugby will be missing when he’s in France.

Kolbe didn’t only continue his scoring hot streak but his overall work rate at Loftus was superb.

Like Leyds, he enjoyed the freedom given to him on attack and made an impressive four line breaks.

In a game where it wasn’t a priority, his defensive work was fairly impressive.

He was at the forefront of the Cheetahs’ fightback in Port Elizabeth. Venter provided attacking momentum with his ability to find space and kept a cool head as leader.

The lanky Springbok wing certainly signed off from Super Rugby with an excellent attacking performance – assuming he stays at the Cheetahs.

He took a while to get back to his fluent best but when the Kings got into their stride, he pulled the strings superbly.

He’s criticised for lacking dynamism and perhaps even going missing during matches.

But he was outstanding at Loftus, combining silky link play with some excellent defence.

It was definitely his best game of 2017.

You have to wonder if this man will still be playing much Sevens at the end of the year because he’ll surely be a Springbok by that time.

Former Bok coach Nick Mallett might say the Lions miss Warren Whiteley’s captaincy but Kriel has been a fine deputy.

He’s one of the most valuable forwards in this year’s tournament.

The Springboks lock showcased his attacking skills but the joy of his showing lies in the fact that he brought a bit of balance to freewheeling game – by doing the basics well.

He’s really grown in stature as the season has progressed.

Despite showing up well as a ball-carrier, he defended superbly – as 11 tackles and a 100% completion rate would attest.

No other hooker in South Africa can currently keep this man out of any starting line-up.

He’s not called “The Tank” for nothing.