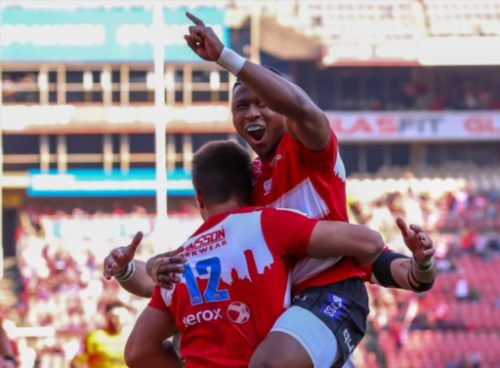 The air at Ellis Park was a bit chilly on Saturday afternoon, but the Lions warmed their supporters’ hearts with a resounding 40-23 win over the Jaguares to cement a place in the Super Rugby semifinals for a third successive season.

They’ll be back in Doornfontein next weekend to host the Waratahs, who earlier edged the Highlanders 30-23.

The Lions produced one of their best halves of rugby this season in taking a commanding lead of 24-9 at the break but had to pull up their socks after the Argentinians narrowed the gap to 24-16 and then later to 27-23 with some stirring attacking play.

At least the Lions acknowledged after those scores that they were in a contest and opted to build scoreboard pressure.

It was good tactics.

While there’s a temptation to give the award to menacing hooker Malcolm Marx, this time it has to go to flyhalf Elton Jantjies. The Springbok pivot contributed 20 points with his boot and in general was back to his best in making sound decisions and keeping the scoreboard ticking. His sublime cross-kick set up Ruan Combrinck’s try, while he also put the cherry on top with a skillful drop goal.