The Blitzboks and Western Province winger also firmly believes in the value of the domestic tournament ... for obvious reasons, 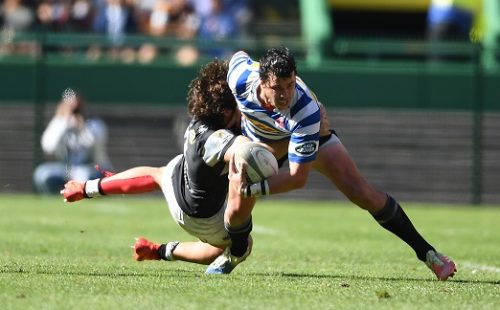 Western Province and Blitzboks star Ruhan Nel believes his earlier call-up to the Springbok squad is a perfect illustration of why the Currie Cup remains relevant.

Question marks have been hanging over the domestic tournament for at least the past three years as various format changes, player “sabbaticals” in Japan and the absence of the majority of national stars takes its toll.

Yet the 27-year-old centre essentially staked his claim for inclusion during the latter stages of the Rugby Championship purely on early Currie Cup form.

“People are saying the Currie Cup is dead and it has been going downhill,” Nel said on Monday, ahead of Saturday’s final against the Sharks at Newlands.

“Looking back on my journey this year, this is where coach Rassie Erasmus actually saw me and saw something special in me. It is a platform I was given and through that I have been making the best of that opportunity.”

It is widely expected that Nel, whose bulk and silky sevens skills – attacking and defensively – make him an ideal No 13, will be going to Europe on tour with the Boks by the end of the week.

A Test debut during the home leg of the Rugby Champs was probably unrealistic given the pressure on Erasmus for results, but the former Lions exponent insists he’s never felt as if he’s just going to carry tackle bags.

“I got an opportunity for higher honours. I could have easily been in the match 23 for the games against Australia or New Zealand, you never know what coach Rassie is thinking,” said Nel.

“It just goes to show that the right eyes are watching you in the Currie Cup and I’m testament to that.”