The national skipper has been sidelined for three months with a knee injury, but makes his international return this weekend. 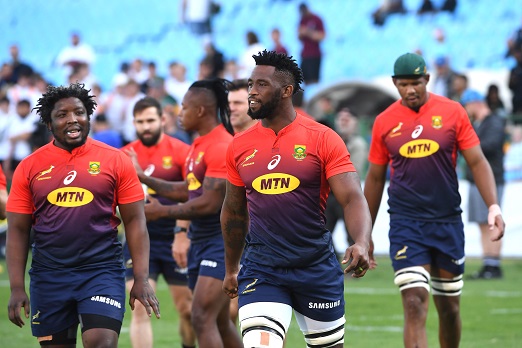 Springbok legend  Schalk Burger believes Siya Kolisi’s return to captaincy ahead of the 2019 Rugby World Cup will be a seamless transition.

Burger has hung up his boots and is enjoying every minute of his time away from the rugby field, but the Springbok great and 2007 World Cup winner is paying close attention to South Africa’s 2019 charge.

“The head isn’t even part of this conversation … the Boks to win,” he said at a Laureus Sport for Good  breakfast in Cape Town on Wednesday morning when asked who he thought would win this year’s World Cup in Japan.

Burger believes the consistency the side displayed over the last month in their triumphant Rugby Championship campaign is evidence that they have what it takes to deliver a sustained period of quality performances at the global showpiece.

The Bok captain has been out with a knee injury that he has now fully recovered from, and he played 48 minutes on his return in Western Province’s 45-14 Currie Cup win over the Pumas at Newlands this past Friday.

Kolisi is now set to be included in the starting line-up for Saturday’s one-off Test against Argentina at Loftus in what will be his return to the Bok No 6 jersey.

In his absence during the Rugby Championship, the Boks fielded Rynhardt Elstadt (v Australia) and Kwagga Smith (v New Zealand and Argentina) at No 6, while Francois Louw is also expected to form part of the World Cup squad.

Kolisi is expected to partner the in-form Pieter-Steph du Toit and Vermeulen in the loose trio at the World Cup, and Burger believes he will fit back in perfectly.

“You want your captain to play well and pick himself, but I think Siya is a phenomenal player so I don’t see it as an issue,” Burger, who played 86 Test matches, said. 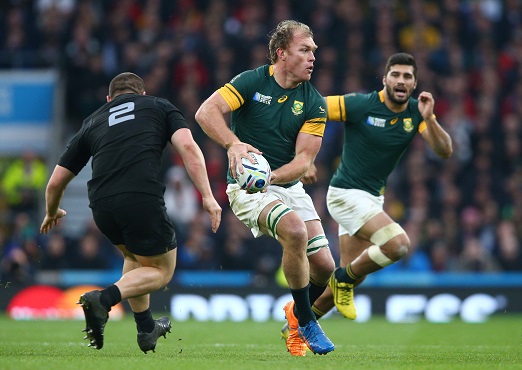 Schalk Burger of South Africa passes under pressure from Dane Coles of the New Zealand All Blacks during the 2015 Rugby World Cup Semi Final match between South Africa and New Zealand at Twickenham Stadium on October 24, 2015 in London, United Kingdom. (Photo by Paul Gilham/Getty Images)

“Whenever you’re captain of a side you’re the figurehead, but you’ve got a senior group of men around you guiding you on decisions anyway.

“It’s quite natural for a captain to have three or four other guys that they are bouncing ideas off all the time and that’s the case with the Boks where leadership is strong at the moment.

“Bringing Siya back will only make it stronger.”

“It’s important for him to play well, but he’s a great player.

“Apparently he’ll get a few minutes this weekend (against Argentina) and I’ve got no doubt that it will be a seamless transition to bring Siya back into the loose trio and also into the Springbok captaincy.”

“Even though he hasn’t been on the pitch, there still would have been some sort of influence.”