Bosch's three long-range penalty attempts in the opening 11 minutes gave the Sharks a 9-0 lead at a time in the game when Province were dominating territory and possession. 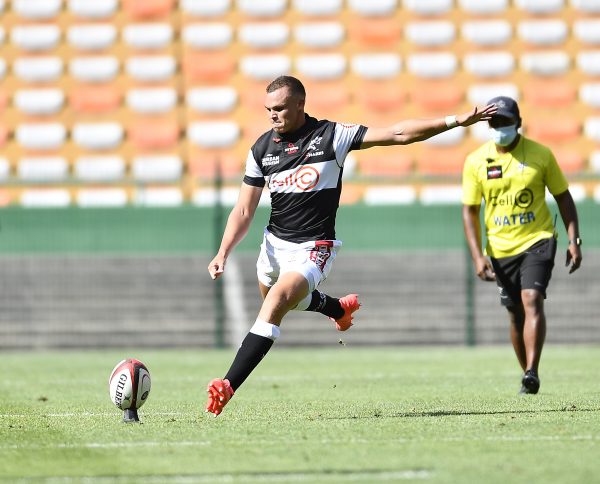 Curwin Bosch in action for the Sharks in their Currie Cup semifinal against the Bulls. Picture: Gallo Images

Sharks coach Sean Everitt lauded the kicking performance of flyhalf Curwin Bosch, crediting him for making the biggest difference in their grinding 19-9 Currie Cup semifinal win over Western Province at Newlands over the weekend.

Man-of-the-Match Bosch kicked 14 points as the Sharks surprised Province and spoiled their Newlands farewell to set up a final against the Bulls at Loftus this weekend.

“It’s incredible how Curwin has gone this season. He has taken us out of the trenches a couple of times,” said Everitt.

“With the extended time he has had at 10 he is just growing in confidence in his kicking game and the drop goal and penalties he kicked were obviously the difference in the game.”

Bosch’s three long-range penalty attempts in the opening 11 minutes gave the Sharks a 9-0 lead at a time in the game when Province were dominating territory and possession.

“We are very proud of him and he obviously made a big contribution to the result,” Everitt said.

“The Bulls were always dominant with their pack and it was only a couple of weeks ago that they came unstuck with a different team,” said Everitt.

“Going to the Highveld will pose different challenges and we will work
out a plan so that we can come out on top in the final.”

Everitt acknowledged the Bulls were a powerful unit and did well from turnovers, but he felt it had all come from pressure at the breakdown.

“Flank Marco van Staden and No 8 Duane Vermeulen have been huge in
that regard, so that’s an area we will have to sharpen,” he said.

“The Bulls showed they were the form team after the Unlocked series and would pose a massive challenge for us.”

Everitt also complimented his side’s approach on defence against Province, as well as at the breakdowns, after discussing within their unit over the last two weeks that the game would be won up front.

“I’m proud of our guys, how they adapted to the plan we had in different areas of the game,” he said.

“One was scrumming and the other one obviously the stopping of their mauls.”

Everitt said they knew the mauls had been a strength of the Province side throughout the Currie Cup and they scored a number of tries from those mauls, but they managed to negate the opposition’s strengths.

“I’m happy for the players that they have an opportunity of playing in a final in a very challenging and difficult season.”