LOOKING BACK: Is home ground a real advantage in the Currie Cup final?

The final of South Africa's biggest domestic rugby competition has generally been a tight affair and it's not always been the home team who've come out on top. 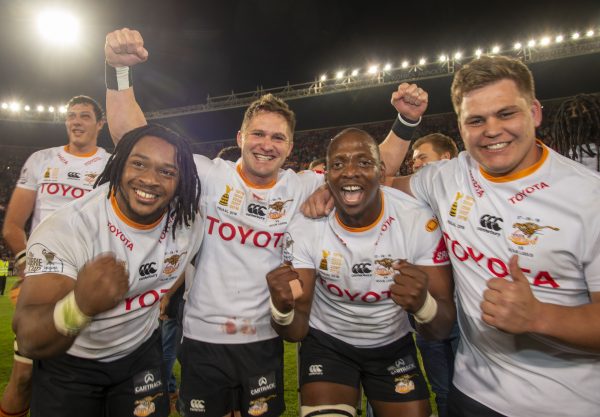 Cheetahs players, from left: Joseph Dweba, Tian Meyer, Abongile Nonkontwana and Reinach Venter, celebrate winning the Currie Cup in 2019. Hooker Dweba was the big star against the Lions, but who will emerge from this weekend's final as the hero? Picture: Getty Images

Home-ground advantage ought to be the decisive factor when it comes to Saturday’s Currie Cup final between the Bulls and the Sharks at Loftus Versfeld in Pretoria.

In that sense, the Bulls will be the favourites – which, to an extent, they already are – having finished top of the log. But it is, of course, not so clear-cut, as just last week the Sharks travelled to Cape Town and dumped Western Province out of the competition.

A trip down memory lane and a look at the last 10 finals show us the home team have won “just” six of them, so it really is anyone’s game on match-day.

And in a somewhat surprising twist, in all four of the wins by the visiting team, the Sharks have been involved – winning two and losing two, with all four battles involving Western Province as their opponents.

It all started in 2012 when Province shocked the Sharks 25-18 at Kings Park with former Springbok centre Juan de Jongh scoring a telling try for the Province team in Durban. 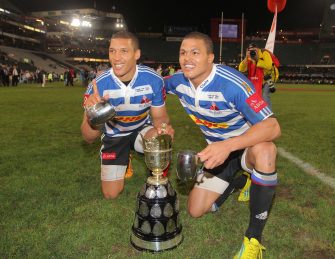 Gio Aplon and Juan de Jongh celebrate winning the Currie Cup with Western Province against the Sharks in Durban in 2012. Picture: Getty Images

However, the next year the Sharks returned the favour by beating Province 33-19 at Newlands with scrumhalf Charl McLeod the big hero with two tries.

In the other two away wins, flyhalf Robert du Preez played a decisive role – first in 2017 and then again the next year when he changed his “spots”.

In 2017 Du Preez played a key role with his boot to help Province to a 33-21 win over the Sharks in Durban, but having moved to Durban in 2018 he played another vital role, but this time for the Sharks as they shocked Province 17-12 in Cape Town.

In the Lions’ two wins in recent times, flyhalf Elton Jantjies was the star in 2011, while scrumhalf Ross Cronje stole the show in 2015 with two great tries. 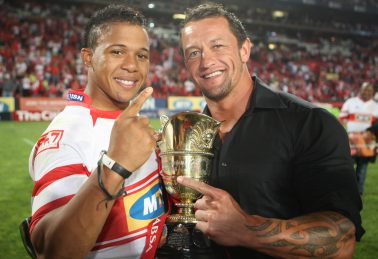 Elton Jantjies with then backline coach Carlos Spencer after the Lions won the Currie Cup in 2011. Picture: Getty Images

In 2010 Pat Lambie was the big star for the Sharks and who could ever forget the bump-off of Schalk Burger on his way to a great try?

In 2014 Lions flyhalf Marnitz Boshoff missed a last-minute penalty which would have sent the game into extra time, but instead Province won by the narrowest of margins.

In the Cheetahs’ wins over the Blue Bulls and the Lions in 2016 and 2019 respectively great team efforts were required, with flyhalf Neil Marais’ boot in 2016 the vital factor and hooker Joseph Dweba the star in 2019.

Who will emerge as the big star this weekend?

The return of Ruan Combrinck: 'It's a privilege to play again'
2 hours ago
2 hours ago

The return of Ruan Combrinck: 'It's a privilege to play again'
2 hours ago
2 hours ago