Boks will rely on their strengths, says coach Stick

Stick painted a picture of a squad that has been an island of focus, with even isolation being used to fine-tune their planning. 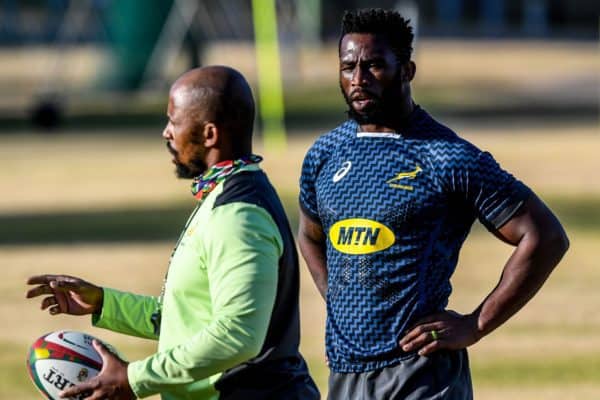 Mzwandile Stick (assistant coach) and Siya Kolisi (captain) of the Springboks have spoken about the team's readiness for the Lions series. Picture: Sydney Seshibedi/Gallo Images

While the Springboks have rightly been lauded, both locally and overseas, as being a beacon of true nation-building hope in this troubled land, their game-plan has earned less respect from foreign critics.

But backline coach Mzwandile Stick made it clear on Friday, on the eve of the first Test against the British and Irish Lions in Cape Town on Saturday, that they don’t care.

ALSO READ: Kolisi declares Boks ready to ‘give everything’ against Lions

“We will never run away from our strengths,” Stick said.

“The All Blacks pass the ball a lot, that’s how they grew up as kids, but nobody says they must stop doing that.

“It’s the same with us. Physicality is in our DNA, it’s in our genes. If we want to play lovely, free-flowing, running rugby then we have to earn that right. We’re very happy with the way we play.

“In 10 years time, people will only see the results and they won’t be worried about the style of rugby we played.”

While Lions coach Warren Gatland said South Africa’s ego had somehow been dented when SA A beat the tourists, and some have painted the Springboks’ preparations as being chaotic due to Covid-19 cases and several injuries, Stick painted a picture of a squad that has been an island of focus, with even isolation being used to fine-tune their planning.

“We have made peace with the fact that these are very challenging times and the team that adapts best will have a better chance of winning,” he said.

“When you get guys like Siya Kolisi, Frans Malherbe, Bongi Mbonambi and Handre Pollard back in the squad then you can feel the vibe and energy goes to a totally different level. These are guys who know what it takes.

“They know how to switch on and they have proper, proper heads on their shoulders. That’s what coaches enjoy and we are excited about the first Test. Hopefully everything goes according to our plan.” 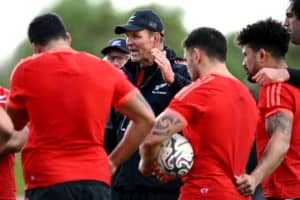 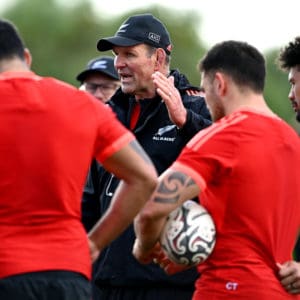 Barrett: 'Boks will rise to challenge in 100th All Blacks Test'
1 day ago
1 day ago

Barrett: 'Boks will rise to challenge in 100th All Blacks Test'
1 day ago
1 day ago