Stormers have ‘inside info’ to help in quest to slay Dragons

Prop Brok Harris played for the Welsh side, while former Lions star Jamie Roberts also ran out for the Stormers. 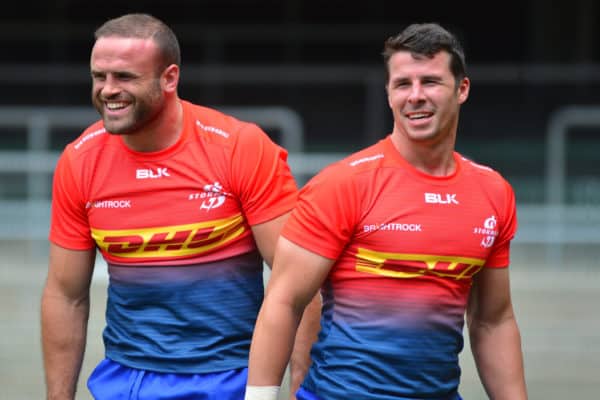 The Stormers are looking forward to an exciting final game of their maiden European tour in the United Rugby Championship against the Dragons at Rodney Parade Park on Friday night and are aiming to finish off with their first win of the tournament.

They have suffered two losses and a draw in their opening three games and are now looking to take it a step further and get a win to take into the November international break.

“We really want to get a win on this tour and we are going to put everything into Friday night,” said coach John Dobson.

“We are looking forward to playing in one of rugby’s old fashioned venues, the surface is absolutely fantastic, it is very different to Edinburgh, different to Limerick, different to Treviso, which is part of what we are learning.”

The Stormers will be well prepared for the Dragons challenge as their prop Brok Harris played over a hundred games for the side, while they also met up with former short term Stormers player Jamie Roberts who is currently playing for the team.

“Brok Harris has played over 130 games for them, he has played a lot of rugby at Rodney Parade and he knows their team inside out. We also had a dinner with Jamie Roberts last night who plays for them, so I think we probably have a bit more information on them than most teams,” said Dobson.

“They are a team on the up, they are considerably better than they were two or three years ago. They have a massively physical pack, that whole back row would be in the frame for the Welsh team and they are direct and physical.

“But with the style of rugby that we’ve been playing which I think has been suitable to our region and is the DNA of the Stormers, if we can play at that speed before these fields get heavier and muddy later in the year we may be able to catch them there because they don’t have the fastest team.”