Lions v Ulster: ‘Defence is what will win it for us’

Captain Burger Odendaal has also stated the players are not viewing the match as a fourth and final game on tour. 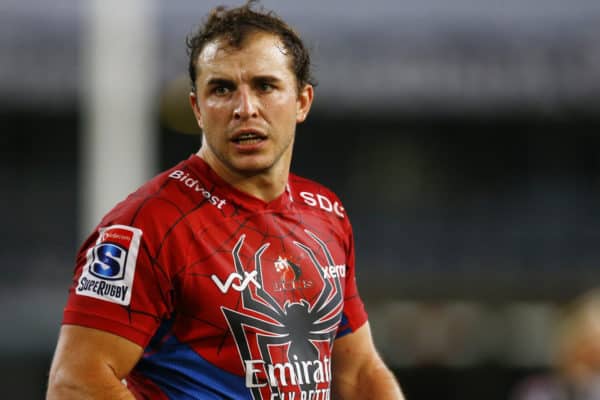 Lions captain Burger Odendaal says the key area for his team in their URC outing against Ulster will be their defence. Picture: Steve Haag/Gallo Images

The Lions believe that defence is going to be key if they are to emerge from a tough final European tour match against Ulster in Belfast in the United Rugby Championship on Friday night.

A big defensive effort in their last outing against Glasgow Warriors saw them almost manage to pull off a win, if not for a refereeing howler, and they will need the same fortitude against a dangerous Ulster team if they are to walk away with a second win in four tour games.

“We also said this week we not going to treat it like the last week of tour, we are going to see it as a finals week.

“The Scarlets game we weren’t good, we made the step up against Glasgow so we just want to keep improving and hopefully give another massive performance on defence this weekend.”

ALSO READ: Stormers’ Moerat ‘grateful’ to be back in the ‘flow’ after neck injury

One of the main improvements for the Lions in their first European foray in the URC compared to Super Rugby has been the much closer time zones which has led to a much more pleasant experience for the team.

They have also been enjoying visiting the different countries and experiencing different cultures on tour.

“I think the time zones is a massive thing, especially week three you normally felt like you didn’t know where the tiredness came from but it just hits you when you travel to Australia and New Zealand, so not having those time zones definitely makes a massive difference,” admitted Odendaal

“I think we adapted quite well, especially the first 10 days in Italy when we basically had to isolate in the hotel, so it was also different to any other tour that we have experienced.

“But I think the guys have really enjoyed it so far, being able to see different countries and luckily in the last two weeks we had an off day so we could go and do some site seeing.

“It is still a a new journey for us, we don’t know if we will come back to play here again but so far I think the whole group has enjoyed it.”

Following Friday night’s match the Lions return to South Africa as the competition breaks for the November internationals, before action resumes in the URC at the end of November.