Boks v Wales: Three things to look out for in Cardiff

The South Africans have had a hard time of it in the Welsh capital of late, and have also backed Damian Willemse to start at fullback. 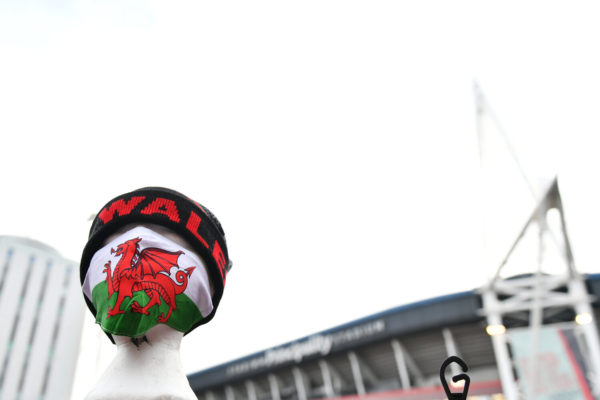 The Springboks have lost their last four matches against Wales in Cardiff. Picture: Dan Mullan/Getty Images

South Africa face Wales in Cardiff on Saturday in the world champions’ opening match of their European tour.

AFP Sport looks at three aspects of what promises to be an intriguing encounter, with Wales looking to bounce back from last weekend’s 54-16 loss at home to New Zealand.

Saturday will see Ellis Jenkins return to Wales duty three years after the flanker’s last Test, when he starred in a 20-11 win over the Springboks in Cardiff.

He was named man-of-the-match that day, only to suffer a major knee injury in the closing minutes that kept him out of all rugby for 26 months.

“I’ve had a similar injury myself and know what it is like — it’s not pleasant and a long, hard slog,” said Wales coach Wayne Pivac. “For Ellis to come back now and actually be playing against the same opponent, for him it’s going to be a very special day.”

South Africa squeezed past Wales 19-16 the last time the teams met, in the World Cup semi-final two years ago in Japan, but they have not won in Cardiff since 2013 — a run of four straight defeats in the Welsh capital.

Springboks coach Jacques Nienaber said he did not expect things to get any easier in front of a sell-out crowd of 75,000.

“Wales is going to be a nice challenge for us, especially if you look at our record here in Cardiff,” said Nienaber.

“It is just a fortress for them, the atmosphere in the stadium is tremendous and you grow an extra arm and a leg.”

A theme of the end-of-year campaign is developing squad depth ahead of the 2023 World Cup.

Wales, who have recalled players that missed the All Blacks match because it took place outside the Test window, remain badly hit by injuries. Captain Alun Wyn Jones is one of several missing British and Irish Lions.

South Africa, who beat New Zealand 31-29 last time out, will be without Faf de Klerk, with the injured World Cup-winning scrumhalf’s place taken by Herschel Jantjies.

“We know what we have in Willie and if we had to play a World Cup final on the weekend we would probably select Willie because of his experience and what he has done for us in the past,” said Nienaber.

“But this is an ideal situation to allow Damian to settle himself into the fullback position.”

Wales are likely to test the 14-times capped Willemse under the high ball, but Pivac does not expect the change to weaken South Africa.

“You could make a number of changes in the Springbok side and they’re still a tough opponent, obviously,” he said.