World Rugby might have more than just one Rassie Erasmus to deal with on Saturday, when the Boks face England at Twickenham. 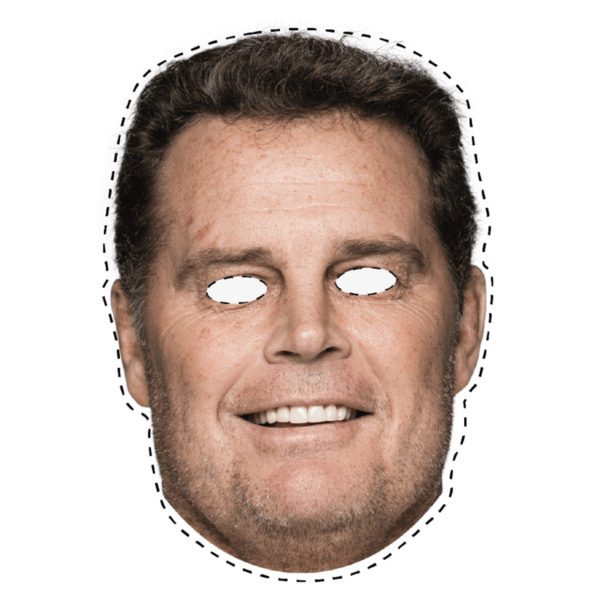 SA rugby fans are expected to wear their Rassie Erasmus masks to today's match against England at Twickenham.

Springbok Director of Rugby Rassie Erasmus may have been banned from all rugby-related activities for two months but he’s going to be right there next to the field on Saturday, because…

Well, because South Africans just are the way they are, and there is nothing anyone can do about it.

Case in point, South African rugby fans who plan on attending Saturday’s rugby match, and who have devised a scheme to ensure Rassie continues to be a thorn in the side of World Rugby despite his ban.

This after Springbok captain Siya Kolisi admitted that it would be tough for the team without Rassie on the sideline.

Also Read: Go Bokke! We are with you

The scheme involves wearing homemade Rassie Erasmus masks, and based on the support the #JusticeforRassie hashtag is getting on social media, England now might have to deal with hundreds of Rassies, instead of one.

Since @WorldRugby suspended @RassieRugby from any rugby activities, he will be absent from Saturday’s @Springboks test against @EnglandRugby at Twickenham.

Here’s a handy Rassie cutout mask that you can wear to the game to show solidarity with Rassie!https://t.co/lm4uNkESIk pic.twitter.com/MRqPagXAT8— Alt-Anton (@antonnies) November 18, 2021

It’s not clear who came up with the idea, but plenty of supporters have promised to join in.

Erasmus’ ban comes after a video in which he highlights several “incorrect” refereeing decisions in the first Test against the Lions by Australian referee Nic Berry.

The 60 minute video rubbed the big shots at World Rugby the wrong way, and they brought the following six charges, for breaches of Regulation 18 and the rugby body’s code of conduct against him:

Erasmus’ punishment was the following:

Suspension with immediate effect from all rugby activities for two months.

Suspension from all match-day activities (including coaching, contact with match officials, and media engagement) with immediate effect until 30 September 2022.

A warning as to his future conduct and an apology to the relevant match officials.

Sanctions against SA Rugby are:

When will World Rugby clean up its messy rules?
1 day ago
1 day ago
PREMIUM!

When will World Rugby clean up its messy rules?
1 day ago
1 day ago
PREMIUM!