Brown shines for Blitzboks after fighting back from cancer

"After what I've experienced, I am honestly so blessed to have been granted the opportunity to do what I love again." 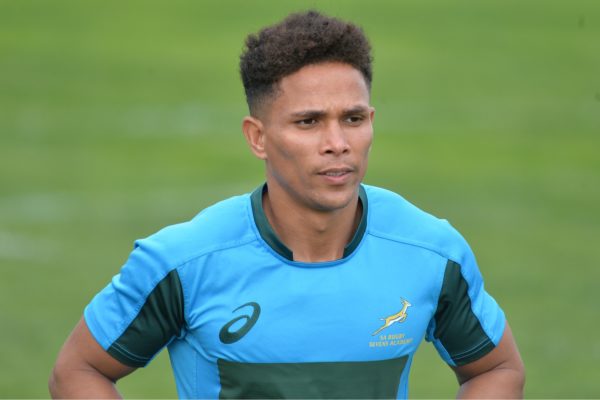 Ronald Brown has made an impact since making his debut for the SA Sevens team earlier this season. Picture: Gallo Images

New Blitzbok bolter Ronald Brown has finally reached his dream of representing his country on the biggest stage of the Sevens format, having taken part in this year’s Tokyo Olympic campaign and featured in four World Series events in a row.

Brown was set to make his debut for the Blitzboks back in 2019 when he received the devastating news that he had stage two Hodgkin’s Lymphoma – an uncommon cancer that develops in the lymphatic system.

He then endured an eight-month battle before he could return to the training field and fight his way back into the national team’s plans.

“It has been such an honour to be back on the field after what I had experienced, and I am honestly so blessed to have been granted the opportunity to do what I love again,” said Brown.

“It was quite a challenge, but with the help of the Springbok Sevens management, I had an integration plan which helped me to get through all the challenges my body had faced.”

Brown the made his Blitzbok debut at the Olympics earlier this year, featuring in a difficult campaign which was disrupted by an extended Covid quarantine and saw the national side settling for fifth place after lining up among the gold medal favourites.

“We faced quite a few obstacles as a system. Nevertheless I had an amazing experience,” said Brown.

“It was definitely a dream come true, especially the mere fact that the Sevens is included in such an event and being able to compete against the best in the world.”

Since then Brown made his World Sevens Series debut in the shortened 2020/21 season, which saw just two events taking place in Vancouver and Edmonton in September, where the Blitzboks comfortably triumphed to win the global title, while Brown was named Player of the Match in the Vancouver final.

And Brown carried his form into the World Series event in Dubai last week, where he was named in the tournament ‘Dream Team’ after the Blitzboks triumphed again in the 2021/22 season opener.

“Playing rugby makes me feel alive. I have the desire to always improve myself and perform to the best of my ability,” Brown said ahead of the second tournament of the new season in Dubai this weekend.

“The challenges which I had to overcome tested my boundaries and forced me to grow, despite everything.”