Kaizer Chiefs coach Ernst Middendorp says he will just focus on fine tuning his own team rather than try to counter what their opponents bring when they meet AmaZulu at FNB Stadium on Saturday night. 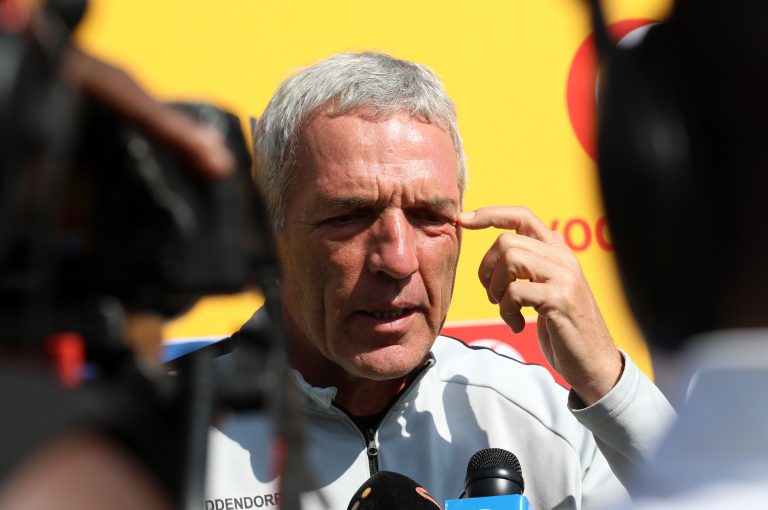 Middendorp has been known for his meticulous analysis of opponents as he is usually seen at games where teams he plays next are involved.

READ: Chiefs hit with injuries ahead of AmaZulu clash

But with Usuthu is has been different as the Durban based side has changed coaches just days before meeting Amakhosi.

“In September last year when we played them, they were in a similar situation with a new coach having come in. I think it was his first game (against us). And now again, there has been a change of coaches with a new technical team who are responsible for putting something together.

“It makes it even more difficult for us. What are they doing with the five suspended players? Are they back in selection?,” said Middendorp yesterday morning. With that, the 61-year-old German mentor said he will now put more focus on his own team, saying they learnt of areas that need improving in their 1-0 win at Orlando Pirates last weekend.

“That’s one part of the preparation. For each and every game, the second part is important and we put a little bit more effort to say ‘let’s look at ourselves at what is required and what did we do (right) in the first game to win it’.

“We must make a plan, do we go more left or right or central. Are we skipping the midfield line or are we pressing high in zone two. This is all that we have to decide and also which players will start on our side.

“Under the circumstances that the opponent are in, let’s rather put the majority of preparation on our side,” he added.

AmaZulu are desperate as they remain rooted to the bottom of the standings but Middendorp is not taking any chances as he prepares for them the same way he prepared for Pirates.

“We prepare the same way with the same intensity in terms of analysis and what is required on the field as we saw in the last game. We need to do a bit more exercises in terms of ball possession and ball responsibility… the decision making was also not the best. We have to prepare for everyone with the same respect.

“We are not thinking too much about slipping or what is requested, we want to win this game and that is the target.”

Every team wants to beat AmaZulu, says agile Mothwa
1 day ago
1 day ago

Every team wants to beat AmaZulu, says agile Mothwa
1 day ago
1 day ago