'We will fight hard to win all three points,' said the Amakhosi goalkeeper. 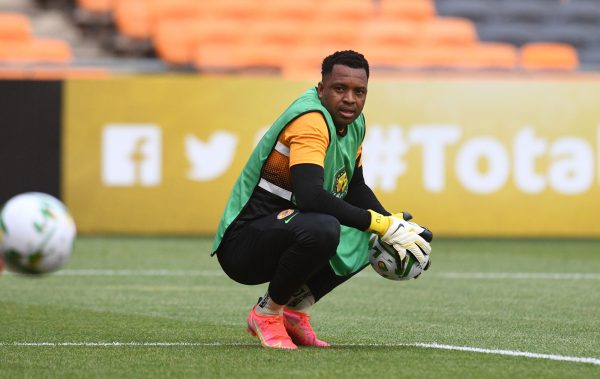 Itumeleng Khune is hoping to use his experience of having played in Burkina Faso to help Kaizer Chiefs as they take on Wydad Casablanca in the Caf Champions League on Sunday.

The game has been moved to Ouagadougou after the Confederation of African Football asked for Wydad to find a neutral venue for the Group C match, with Morocco refusing to allow South African visitors, in light of the COVID-19 pandemic.

“We are looking forward to the trip to Burkina Faso … it will be a tough match …. we have been preparing very well and are going to give it our all,” said Khune.

“Everyone is ready, it is a difficult match, it is not our home game, but we will fight hard to win all three points and make the Amakhosi family happy and proud.”

Khune played for Bafana at the August 4 Stadium in Ouagadougou 2016, as Bafana drew 1-1 with Burkina Faso in a 2018 Fifa World Cup qualifier.

“I have been to Burkina Faso before with Bafana and we drew so I can help the guys acclimatise well, and I know what to expect in Ouagadougou,” added Khune.

The former Bafana number one has been in and out of the Chiefs side this season, battling poor form and Hunt has at times preferred Nigerian Daniel Akpeyi.

Khune has, however, started Chiefs’ last three games, including a goalless draw with Horoya in Amakhosi’s Group C opener in Johannesburg, and is likely to continue against Wydad.

This has been a dreadful season for Amakhosi, with the the only solace thus far their progress to the Champions League group stages for the first time ever. A point at home to Horoya, however, was not the best start, and Chiefs will hope to take advantage of facing Wydad away from Casablanca on Sunday. Kick off is 6pm SA time.