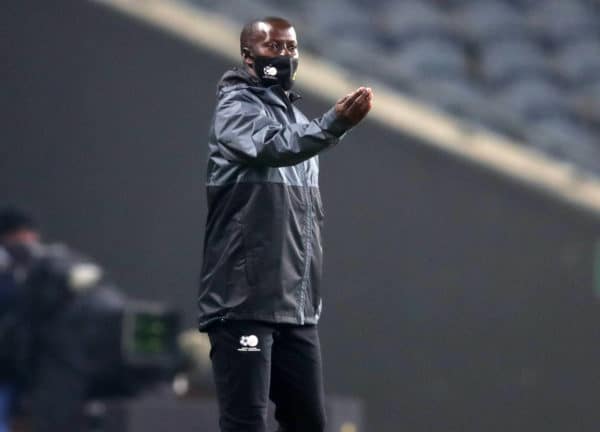 Bafana team doctor Tshepo Molobi confirmed on Monday that the pair had been isolated after initial rapid testing, while they waited for the results from the more conclusive PCR testing.

Bafana are scheduled to play their first match of the 2021 Cosafa Cup against Botswana on Tuesday afternoon (kick off 5pm SA time).

“It is standard procedure with tournaments, today we did a round of rapid Covid testing and screening, there are a number of tools in place to keep monitoring active participants within the tournament. With head coach Helman Mkhalele and goalkeeper coach Lucky Shiburi, we felt it prudent to isolate them pending confirmatory testing,” said Molobi.

“We have been assured by the lab that this will be done speedily … so we expect a turnaround of 12 hours, we are hoping for the results by the end of tonight,” he added.

SuperSport United defender Keenan Phillips has already been effectively ruled out of the tournament after testing positive for Covid-19 on Friday, as has another goalkeeper coach, Monde Hlatshwayo.

If Mkhalele’s positive test is confirmed, he will almost certainly miss the entire tournament, with an isolation period required of ten days, followed by further testing.

With Belgians Hugo Broos and Cedomir Janevski absent from the Cosafa Cup, Mkhalele was tasked with leading Bafana in the Cosafa Cup, and it seems likely his assistant in Port Elizabeth, Vela Khumalo, would take over in Mkhalele’s absence.