Dolly to join Montpellier over the weekend, thanks Downs

Mamelodi Sundowns and Bafana Bafana midfielder Keagan Dolly is expected to leave as early as this weekend to complete a medical test at Montpellier after they activated his buyout clause. 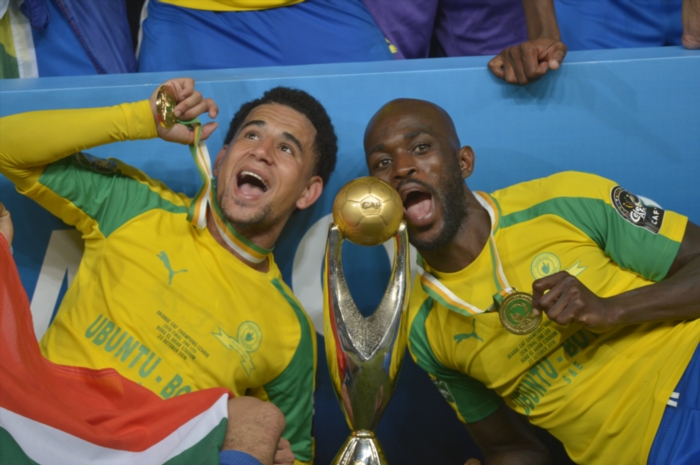 The Caf Champions League winners are set to formally announce Dolly’s departure on Friday after the French Ligue 1 side paid €1.8 million to bring him to the club.

In a short statement released by Mamelodi Sundowns yesterday, the Brazilians say the 23-year-old midfielder is still their player, but they are “will engage and cooperate with any Club that submits a genuine offer for Keagan Dolly to go and play overseas. This is the instruction that the president, Patrice Motsepe, gave us, and we are committed to implementing it,” read a statement on the club’s website.

Dolly set to enter into personal talks with the club and has thanked Sundowns.

Keagan Dolly has entered into personal talks and will undergo a medical with Montpellier FC.

A lot has been said in the media of late in relation to the contractual issues that the club has had with Keagan. Keagan, along with his representatives and legal team, felt very strongly about this and stuck by their principle argument in the matter.

The DRC made a ruling in the case – the first stage of the PSL process – and that ruling has been followed by all of the parties concerned to date.

Siyavuma Sports Group wishes to place on record an apology to Mamelodi Sundowns in relation to certain statements in the media that have been misunderstood, misconstrued and misinterpreted by some.

The statements relate to the confusion and miscommunication that was caused, in some quarters, in relation to the City Group’s interest in Keagan. However, after the confusion was cleared up there was some dialogue was held between the concerned parties, and during those discussions it was felt that the opportunities put forward were not in line with the career path Keagan wants to take.

Apologies are given to anybody who may have felt offended at the time by certain remarks relating to this topic.

For Keagan to follow his dream of playing in Europe and to fly the South African flag high will be a dream come true for him.

He wishes to thank his President, Mr. Motsepe, for the life-changing opportunities that he has provided, dating back to his days with the Sundowns Academy up until the recent Club World Cup in Japan.

In addition, a big thank you goes to his fantastic teammates and to Coach Pitso and his technical team, people with which Keagan has shared some unbelievable moments and emotions. He will always be eternally grateful to each and every one of them. Also, not forgetting the backroom staff, all of who have contributed to the great success Keagan has endured at Mamelodi Sundowns.

Siyavuma also included a statement from the player himself, with Dolly saying, “It’s been a great journey, and I will never forget the great experiences we have had. To see the fans singing so loud,so proud, in their brilliant yellow on our return with the African Champions League was something I will treasure always for life.”Keagan also wishes to thank personally all of the fantastic supporters, throughout South Africa, and not forgetting his wonderful family. A big “Thank You” goes out to all of them.