SuperSport United chairman Khulu Sibiya is not willing to let Stuart Baxter walkout of the club to coach Bafana Bafana. 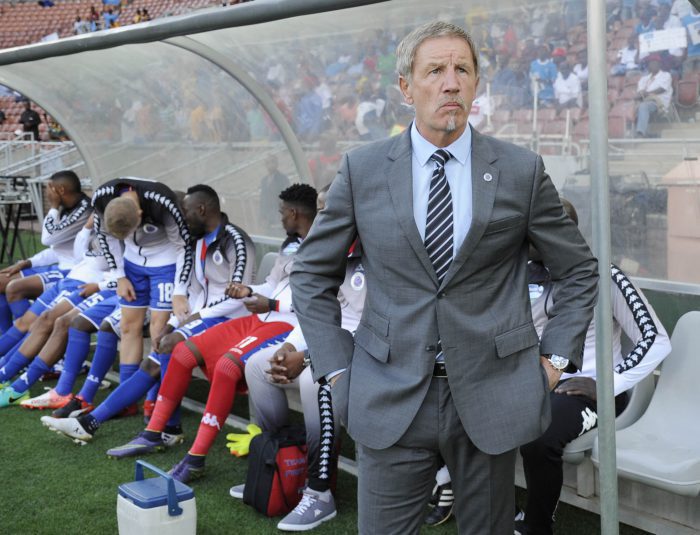 Baxter joined the club a year ago after singing a two year deal and has won one trophy with the Pretoria outfit.

The English-born coach has been linked with the vacant Bafana coaching job, but Sibiya says Baxter is not going anywhere.

“I am not releasing Baxter and I want to retain him. I’m very ambitious about winning the league,” said the United chairman.

“Personally, I think Stuart has done a very good job with SuperSport . I mean, it is amazing how professional that guy is. You never know until someone is close to you.

“I had Cavin Johnson and he came with good results [from Platinum Stars] and then it was Gordon Igesund, but Stuart has made a big difference and the players love him. I think the players play for Stuart and the players we thought were deadwood have come alive,” said Sibiya.