Mamelodi Sundowns coach Pitso Mosimane has indirectly suggested that officials turn to favour Kaizer Chiefs in their decision when the African Champions clash with the Glamour Boys. 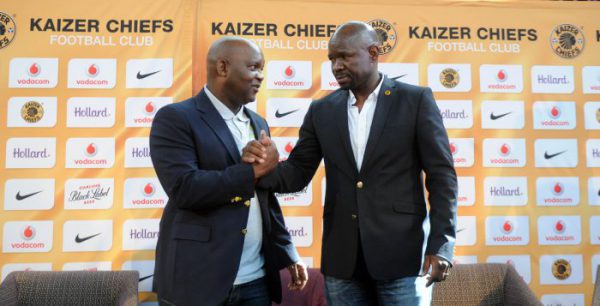 Responding to a question about Joseph Molangoane’s suspension for this game during a press conference on Wednesday, Mosimane refereed to an incident that occurred in the last meeting between Chiefs and Sundowns where Khama Billiat was tackled by Molangoane, but was not sent off.

READ: Mosimane tells Khune not to stress about Brockie

“I am not going to talk about referees because the game against Kaizer Chiefs are awkward. I like to use the word awkward because they are just different. The last time (Mark) Harrison did what he decided to do, the last time we played in Durban someone decided to give two penalties. The last time we played in Loftus, Percy had two penalties they didn’t give, Katsande took him down, Cardoso brought him down, they didn’t give. In the other game Cardoso scored with a hand I mean really… the stories round this game they have mysteries and…. I don’t know what to call them,” said Mosimane.