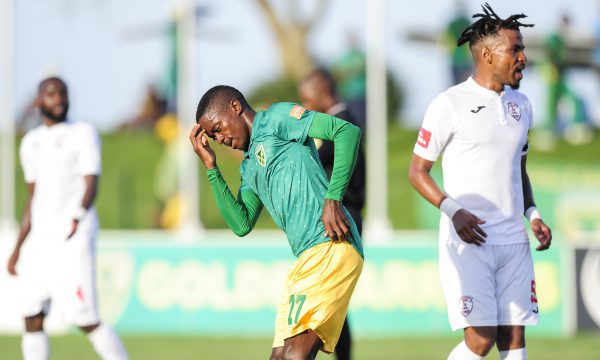 He was on his way home when the misfortune happened.

The winger was dropped off by the team bus at the Moses Mabhida Stadium after the arrival from Johannesburg, following their lost 1-0 to Mamelodi Sundowns on Tuesday night.

He had an accident while driving home after collecting his car at the stadium.

“Yes one of my players was in an accident,” Arrows coach Clinton Larsen told Phakaaathi.

“He is fine. He was at training today, it is just the car that’s damaged.

“We came back from Joburg yesterday [Wednesday] morning and he went to get his car from the stadium and had a blowout.

“His car was parked at the stadium when he got back from the airport and he had the blow out on his way home from the stadium.”