After finding out that he was drafted into Mamelodi Sundowns, 2018 Nedbank Ke Yona team winger Karabo Mookamedi says it’s a dream come true for him. 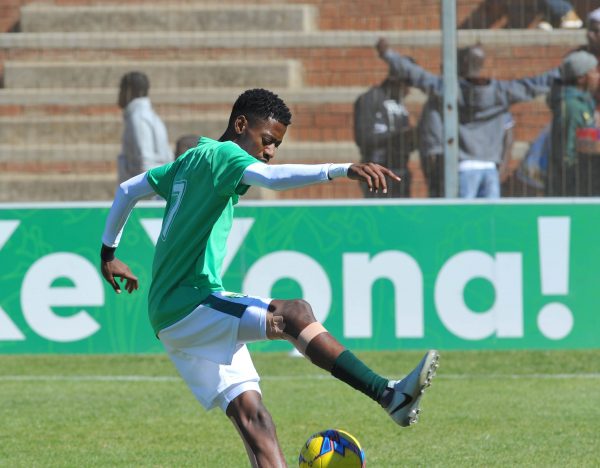 The Tzaneen-born player has been part of the Ke Yona for the last few months and he found out that he will undergo on a one-month long trial with the Pretoria outfit during the player’s draft which was publicly voted and revealed at The Venue in Johannesburg on Wednesday.

“From the start of the Ke Yona team, I told myself that I want to trial with Sundowns, this is really a dream come true for me. I am very fortunate because I love this team and I love their style of football,” said the winger.

“I look up to players such as Gaston Sirino and Themba Zwane because their style of play is similar to mine. I will learn a lot from them and I will make sure that I impress the coaches.”

The 23-year old players added that he is excited to get an opportunity to work with coach Pitso Mosimane, who he believes is the best coach in the continent.

“Coach Pitso is the best in Africa, I think I will learn a lot from him and I will be a better player under him. This is an opportunity of a lifetime for me and I want to thank everybody who has supported all this time.”

Mookamedi almost gave up on football after things didn’t go well for him. He later found a job as a salesperson after leaving school because of lack of financial support. But his passion for the game drove him back to playing and says all his sacrifices are paying off with the Downs opportunity.

The 16 players and the clubs drafted into: