Mamelodi Sundowns coach Pitso Mosimane says each player at the club needs to fight to get game time. 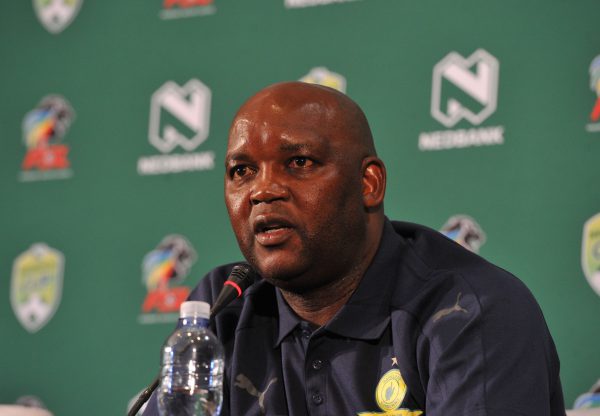 This comes after former Sundowns forward Toni Silva wrote an open letter accusing Mosimane of destroying players’ careers and signing them from other clubs only to keep them on the bench so that they don’t play against his side.

Another player who recently left the club on loan and accused Mosimane of not giving him a chance to play is George Lebese. The former Kaizer Chiefs winger joined SuperSport United on a loan deal until the end of the season.

Sundowns signed Emiliano Tade from AmaZulu in the January transfer window and the Argentine striker scored on debut, but didn’t feature for the Brazilians on Wednesday night.

Mosimane said Tade needed to wait for his chance.

“They are working hard, it means they are living the right life. At Sundowns if you’re not living the right life, you can’t stay with us for long hey because we play every three days. It’s tough. We’ve got Emiliano Tade, what a good football player, but he has to wait for his chance,” Mosimane told SuperSport after the game.

“It’s handbags, it’s part of the game. Everybody says, ‘ah you’re frustrating players at Sundowns’, who must I take out, Sirino, Themba Zwane? N,o it’s tough. It’s easy to go to newspapers [and say] I wasn’t playing because they didn’t give me a chance, who must we take out?”