The Buccaneers travel Conakry in Guinea on Wednesday with the side aiming to qualify for the quarterfinals of the tournament. 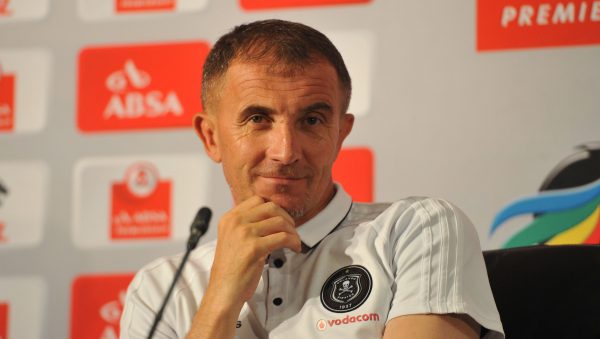 Orlando Pirates coach Micho Sredojevic is confident and believes his troops have what it takes to defeat Horora AC in their final group stages game of the Caf Champions League at the September 28 Stadium on Saturday.

The Buccaneers travel Conakry in Guinea on Wednesday with the side aiming to qualify for the quarterfinals of the tournament.

A win for Bucs will see them sail through to the last eight of the competition, while a draw will be enough for Horoya, who are currently second in Group B standings with seven points after five games, while Bucs are on third place with six points.

“As an optimist, as a person that believes and as a born winner and coach of this big club, in respect of the history, badge and millions of supporters, we need to be extremely positive. We believe in the work that we do with our players, we believe that we have what it takes to go out there and win,” said Sredojevic.