Pirates must move on from Caf defeat – Davids 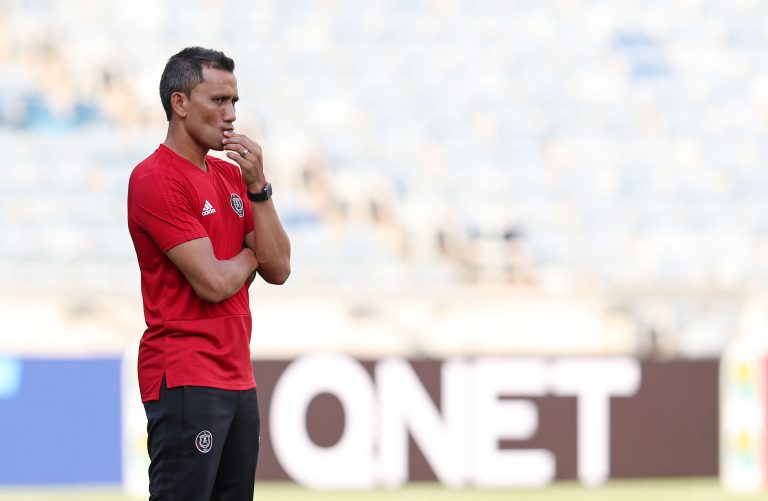 The Caf Champions League setback has become very difficult for everyone at Orlando Pirates to forget, with assistant coach Fadlu Davids admitting they were eager to reach the quarterfinals of the continental competition.

The Buccaneers were knocked out in the group stages of the competition after losing 2-0 to Guinea’s Horoya AC in the final game of the group phase, which saw them finish third in Group B with six points after six games.

At the moment, Bucs, who have gone nearly four years without a trophy, only have their hopes on the Absa Premiership title, where they are currently in third position in the standings with 40 points, three behind leaders Mamelodi Sundowns, whom they host at the Orlando Stadium on Monday.

With seven games remaining in the league, Davids has stressed the importance of grinding out maximum points in the remaining matches but says they will take it game by game, starting with Downs.

“Obviously disappointed, we wanted to go to the quarterfinals – we want to be there, we are extremely disappointed. But now our focus is fully on the league, starting with the Sundowns match, followed by Bidvest Wits and of course the next two matches after that are really just as important.

“It’s a block of four games in two weeks that we really have to focus on and try to get maximum points,” said Davids.

“On the one hand you want to be there (quarterfinals on the Champions League), on the other, we now have to focus on the league and that’s what we are doing. We have to take it game by game, we can’t be thinking about Bidvest already, we can’t be thinking about the next games, just Sundowns on Monday at 7.30pm in Orlando. We hope the stadium will be packed with Pirates supporters at their home ground to hopefully give us the advantage.”

Bucs skipper Happy Jele, meanwhile, has called on Bucs supporters to pack out the Orlando Stadium for the Downs clash and knows their position in the league would have been much better had they not dropped points in some of their games.

“We take each game as it comes. We are not happy with the fact that we dropped some points in some games, but obviously we have to keep on going and try to win this game especially since we are playing at home. We need the presence of our supporters to get maximum points,” Jele pleaded.

As Bucs prepare for this match, the Soweto giants are doing so without the influentiall Vincent Pule, who is suspended, while midfielder Xola Mlambo is nursing an injury.
The last time the two teams met it was a goalless draw back in November last year.