For a coach whose team has started their Absa Premiership campaign like a house on fire, Kaizer Chiefs’ Ernst Middendorp strangely finds himself struggling to win the club’s supporters over. 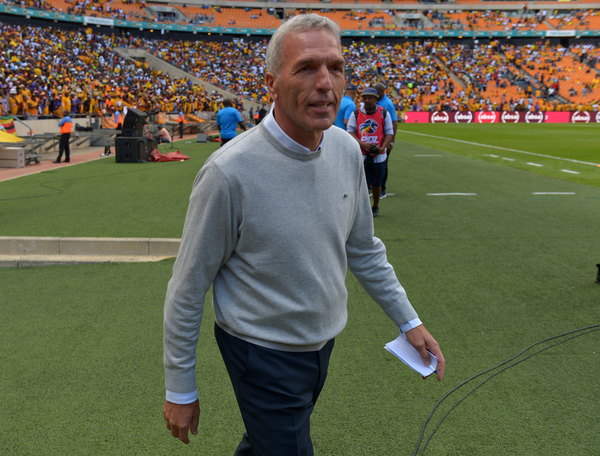 Speaking after a 2-0 over against Golden Arrows on Tuesday night which set Amakhosi four points clear at the top of the standings, Middendorp said he is aware that eight out of 10 people who have a vested interest at the Naturena-based club want him gone.|

“It’s not about my happiness,” he said answering a question about how he feels in his job after a run of good results. “I have my joy on the field when I work with the players, I like it. But if I am in the media or in the press conference I sometimes have to be a bit more concentrated and not go my natural way and that’s soccer, you lose, you are whatever.

“Now you go to the (self) motivation and you let it out, you work it out, you make it happen. This is something that we as coaches – not only here but wherever you go – this is the quality clever coaches who have targets are capable of,” he added.