Opinion: No need for panic at Kaizer Chiefs despite another derby defeat

If Chiefs had taken their chances in Saturday's derby, we could have been telling a very different story. 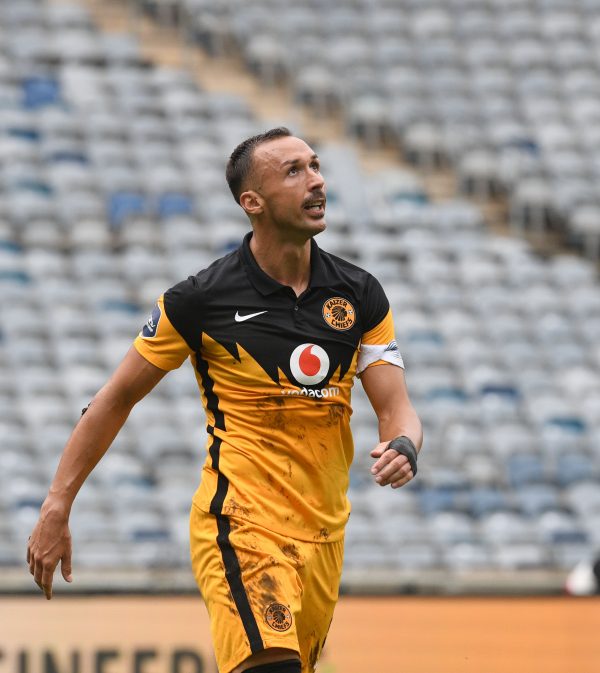 Samir Nurkovic might be out injured for Chiefs. Picture: Sydney Mahlangu/BackpagePix.

Right now, there must be a lot of pain in the hearts of Kaizer Chiefs fans, after losing yet another Soweto derby, the 2-1 DStv Premiership defeat to Orlando Pirates on Saturday the third time this season Amakhosi have succumbed to the Buccaneers.

There were few tears at Orlando Stadium, with no fans allowed at the ground because of this seemingly endless pandemic, but probably plenty in gold and black homes across the country, as Gavin Hunt’s side were beaten again by Josef Zinnbauer’s troops.

There were, however, some green shoots of hope for Amakhosi supporters that this suffering at the hands of Pirates will not last much longer.

Chiefs were far better in this game than in the two legs of the MTN8 semifinal, when they were comfortably outclassed by Pirates.

Here, if Amakhosi had taken their chances we would have seen a very different outcome, and their form has certainly improved even if this loss broke a five-game unbeaten run for Hunt’s side in the Premiership.

Coach’s often take the brunt of the blame when their team’s lose, but it is hard to blame Hunt too much for the loss to Pirates, particularly in his attacking set-up, where they took the game to the Buccaneers early on, and really should have taken the lead through an early opportunity for Lebo Manyama.

In the second half, too, Chiefs won a penalty when trailing 1-0, and one would expect Samir Nurkovic to hit the back of the net.

And even if Richard Ofori pulled off a fine save from the Serbian’s spot kick, Siyabonga Ngezana really should have steered the rebound home.

Where Hunt did err, for me, were in his defensive tactics, playing an extremely dangerous game with an offside trap that eventually backfired as Thembinkosi Lorch netted the Buccaneers’ opening goal.

Even before Lorch struck, there were a couple of incidents, including one when Vincent Pule broke clear, where very marginal offside decisions went against Zinnbauer’s side.

This was clearly a tactic Pirates wanted to use against the Chiefs back four, who were pushing high up the pitch, using their pacey strikers.

Still, Chiefs are very much a work in progress under Hunt, a side automatically on the back foot in comparison to Orlando Pirates and Mamelodi Sundowns, after they snapped up the best Bidvest Wits had to offer, with Amakhosi serving a transfer ban.

Thabang Monare, Thulani Hlatshwato, Ben Motshwari, Deon Hotto and Vincent Pule are all players who thrived under Hunt at Wits, now doing well in the jersey of Pirates.

It is fair to say that the Chiefs head coach should only be really judged on next season, when he has had the chance to mould a side in his own image.

And there are signs of progress at Naturena, though younger players like Nkosingiphile Ngcobo and Happy Mashiane are bound to be a bit inconsistent, while Amakhosi are clearly over-reliant on Nurkovic in attack.

It will be interesting to see how the Chiefs squad cope in February, with the return of the Caf Champions League, and with Hunt unable to bolster his ranks with any new blood for now.  But don’t panic, Amakhosi fans. Chiefs look on the right track.