Lentjies unfazed by another ‘tough’ encounter against Pirates

The Chilli Boys are set to lock horns with the Buccaneers in a DStv Premiership tie at the Nelson Mandela Bay Stadium on Saturday. 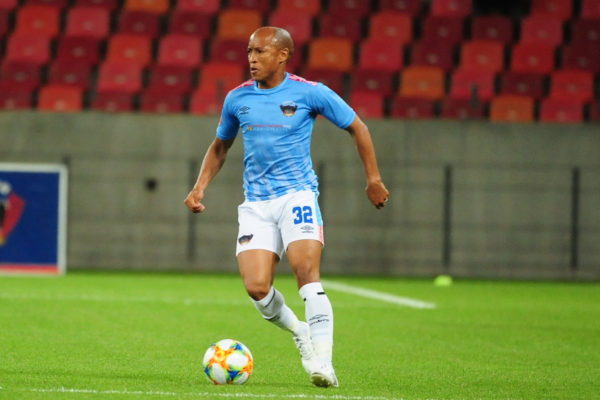 In what he describes as a difficult match, Chippa United midfielder Kurt Lentjies, says they are looking forward to their tie against Orlando Pirates.

The Chilli Boys are set to lock horns with the Buccaneers in a DStv Premiership tie at the Nelson Mandela Bay Stadium on Saturday, with the Port Elizabeth outfit having played grueling two fixtures against Cape Town City recently.

Chippa and Cape City met in the round of 16 of the Nedbank Cup at the end of February, with the Chilli Boys winning the tie 2-1 to advance to the next round of the tournament.

Three days later, they were at it again in a league tie, but this time the game ended in a goalless draw.

“Tough games, back to back (games against Cape City). But I think we have the depth to rotate a bit, we have the quality in the team. We are looking forward to Saturday’s game against Pirates. We played Cape Town City back to back and now we are playing Pirates. It’s tough fixtures, but there are always tough games in the PSL,” said the veteran midfielder.

“We just had a day to recover. And from a camp tactical aspect we will analyse them and see what we can do. We will look at them and I’m sure the technical team has made a research on them, we will see what happens from a tactical point of view.”

The club from the Windy City has been struggling in their league campaign, where they find themselves in 12th position on the table with 16 points after 17 games.

Lentjies, who has played for a number of clubs in the PSL like Mamelodi Sundowns, SuperSport United and Maritzburg United, says every game at the moment is crucial for them to get points.

“It’s very important (to get points), every game is like a cup final. We are halfway through the season already. So we need to pick up points in every fixture, either we draw or win. But points are very important,” Lentjies added.

“I haven’t played as much as I want to, but obviously that’s normal, you have to understand. But I’m working hard and showing what I can do with my quality. Obviously I back myself up with everything I do, but it’s up to the coach if he wants to play me or not,” he concluded.