Sundowns won’t take their foot off the Champions League pedal

“You cannot be satisfied that you have qualified. If you allow yourself to lose easily in the last two matches, psychologically that can have an impact," said Sundowns co-head coach Manqoba Mngqithi. 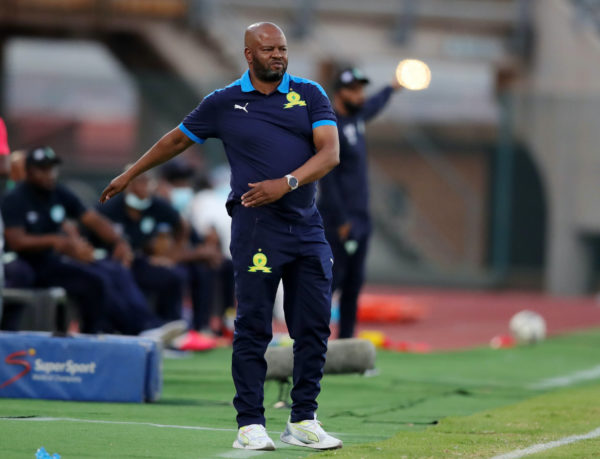 Manqoba Mnqgithi doesn't want his side to relax even though they have reached the Champions League quarterfinals. Picture: Samuel Shivambu/BackpagePix.

Already qualified for the Caf Champions League quarterfinals as winners of Group B, Mamelodi Sundowns are now hell-bent on completing a clean sweep of their opponents, as they prepare for their final two matches against Al Hilal Omdurman and CR Belouizdad.

The back-to-back wins over TP Mazembe made sure Downs secured a maximum 12 points from their first four group games, rendering them uncatchable, as their closest Group B challengers only have three points apiece.

Sundowns could be forgiven for taking their foot off the gas in their last two matches, but  being the greedy side that they are, Masandawana want more.

Mngqithi has repeatedly said he despises losing, which is why there is no plan to rest easy in the last two rounds of group action.

“If you can still win, go for it. Personally I am the worst guy when we lose matches. Those who work with me know that I don’t like to lose,” said Mngqithi.

“You cannot be satisfied that you have qualified. If you allow yourself to lose easily in the last two matches, psychologically that can have an impact, because you have started losing and you have allowed possibilities for people to see that you can lose,” he added.

Downs and Mazembe had met seven times, before being paired in the same group this year, and neither had managed to beat the other twice in the same continental campaign, as the record in the Champions League (before this season) was two wins for both, and a win each in the Confederation Cup, when they met in group stages in the 2007 edition.

In 2017 the Southern Africa giants were at the top of African football as Sundowns had won the Champions League the year before while Mazembe claimed the less prestigious ConfederationCup. They met for the ultimate crown in the Caf Super Cup, which Sundowns won through a Ricardo Nascimento penalty.

“Not many teams can beat Mazembe twice in a row, they are a very difficult team to beat. I wouldn’t say we want to send a message (to the rest of Africa),  a message would be making our lives a little bit difficult, because everyone will now want to look at every minor detail in us,” said Mngqithi.

“If you dig deeper you will find my dirty linen and I don’t like that part because there are areas of our game that we are still working hard on that we need to improve.”