Looking at the standings in the league, TTM are in 14th spot with 25 points, one point higher than Chippa, who are placed in 15th place. 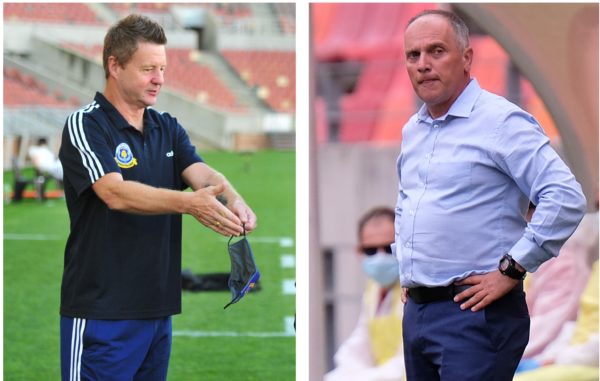 Phakaaathi takes a look at this year’s historic Nedbank Cup final road to the final and key players for the clash, where Tshakuma Tsha Madzivhandila will battle it out with Chippa United for the Ke Yona trophy at Free State Stadium on Saturday.

TTM, who are on their first season in top flight football have managed to pull out some shocking results along the way, with no one giving the club any chance of making it to the final, especially looking at how the club has been performing in the DStv Premiership.

Chippa, as well, weren’t one of the favourites to go on to reach this stage of the competition. The Chilli Boys have been struggling in the league campaign too and winning the final of the Ke Yona Cup might just be a morale booster looking ahead to the rest of their league fixtures with the club yet to be safe from relegation.

Looking at the standings in the league, TTM are in 14th spot with 25 points, one point higher than Chippa, who are placed in 15th place.

Despite their unconvincing performances in the league, both clubs have managed to grind out results in the tournament and deservingly reached the final, with the winner of this competition set to compete in the Caf Confederation Cup next season.

Here is a look at the two club’s journey to the final:

Tshakuma’s road to the final.

Chippa’s road to the final

The former Orlando Pirates midfielder has been instrumental in the TTM games. He scored the winning goal against Kaizer Chiefs in their last league game proving his worth for the club.

Mnyamane has played four games in the tournament scoring two goals in the process. He will certainly be looking to add more goals to his tally.

The Chilli Boys Nigerian born striker has five goals in all competitions for the club this season, including one in the Nedbank Cup. He has proven to be very troublesome for defenders and uses his body structure to beat them.

Laffor has brought in a vast of experience in the Chippa United squad having played for many years at Mamelodi Sundowns and winning a number of trophies. His understanding and knowledge of winning cup finals will come very handy for t he Port Elizabeth outfit.

The kickoff of the game is set for 6pm.