Will Sundowns’ Zwane be fit for Ahly showdown? 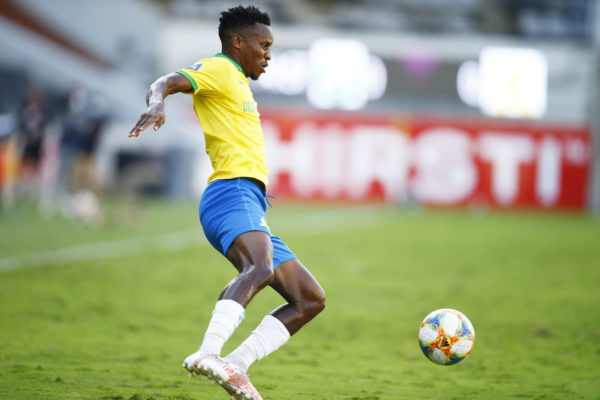 Themba Zwane could be back for the Al Ahly game. Picture: Steve Haag/BackpagePix

Mamelodi Sundowns talisman Themba “Mshishi” Zwane is facing a race against time to make it back to full fitness after he missed Sundowns’ DStv Premiership win against TS Galaxy on Sunday afternoon.

ALSO READ: Are Mamelodi Sundowns too reliant on Peter Shalulile?

Zwane picked up the knock about a week ago, when Masandawana beat Maritzburg United, coming off in the 10th minute and this sparked concerns going into the much anticipated tie with Al Ahly. The Brazilians have been paired with the Egyptian giants in the quarterfinals of the Caf Champions League, with the first-leg taking place in Egypt on Saturday.

“We are hopeful with the doctors and it looks like he will be able to play in the next match in Egypt …we are hopeful that everything goes according to plan. It never really looked serious, we had to be a little bit cautious to make sure that we don’t aggravate it and that is why we took him out early against Maritzburg (in the Premiership in midweek) without even giving him a chance,” said Mngqithi.

“It was never a tear but it was a strain that could have easily resulted in a tear had he couldn’t continue with the match and that is why the doctors said within a week or 10 days he would he would be able to come back and help and we have enough days now before our next game,” he added.

Zwane has been a key figure in Masandawana’s bid for DStv Premiership and Champions League honours, having scored nine goals in the domestic league, helping Downs to an impressive season, while he has contributed two goals and two assists in the Champions League.