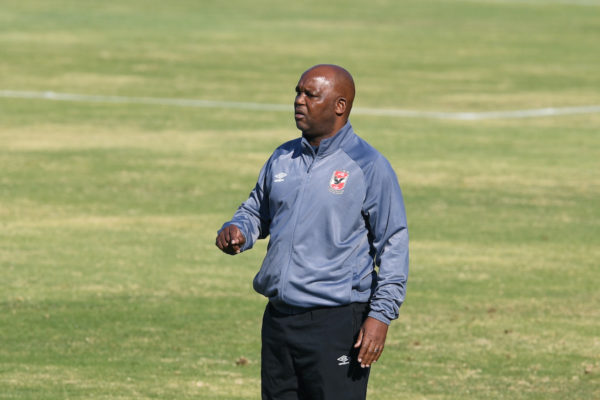 Pitso Mosimane's management team have hit out at Sundowns for not apologising to him properly. Picture: Lefty Shivambu/Gallo Images.

The annual match between the CAF Champions League and second-tier CAF Confederation Cup winners was watched by a crowd limited to 7,000 in the Jassim bin Hamad Stadium because of coronavirus protocols.

The result confirmed the supremacy of Ahly among African clubs with nine victories in the Champions League, seven in the Super Cup, four in the African Cup Winners Cup and one in the Confederation Cup.

“Pitso Mosimane is an outstanding flag-bearer for our country and for football,” said Ramaphosa.

“His outstanding performance and that of his club shows what is possible when talent moves freely around our continent to unite people from diverse backgrounds and national origin and inspire them to achieve extraordinary things.”