Zinnbauer aware of demand for more trophies at Pirates

'I know this, normally when you get a title then the fans want more,' said the Pirates head coach. 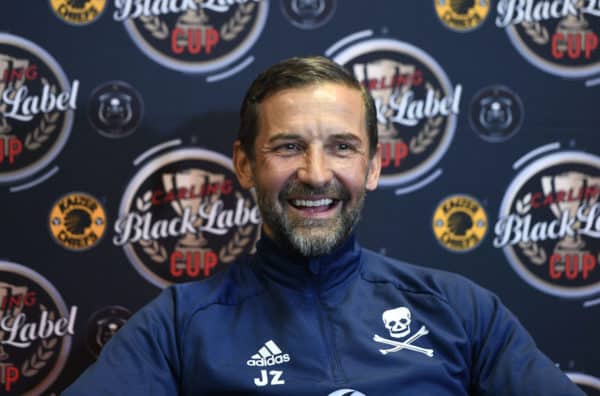 Josef Zinnbauer is heading into a third season at the helm at Orlando Pirates. Picture: Sydney Mahlangu/BackapagePix

Winning the MTN8 Cup has raised the expectation at the Buccaneers to add more trophies to the cabinet, says Orlando Pirates coach Josef Zinnbauer.

ALSO READ: Orlando Pirates send trio out on loan as they look to trim squad

Pirates ended a six year wait for a trophy last season when they won MTN8, having previously picked up silverware in the Nedbank Cup in 2014.

Pirates, however, were criticised as the the club failed to add to their loot last season, finishing third in the DStv Premiership, and knocked out in the Nedbank Cup and Caf Confederation Cup quarterfinals.

“We have a good squad, and last season,  we were happy that we finally have a title after going for six years without getting one,” said Zinnbauer earlier this week.

“I know this, normally when you get a title then the fans want more. We saw it last season. You won a title and they said ‘wow now to the top, let us get the title – the next title is now maybe the Nedbank Cup or please win the league,’ yeah, I know.”

The German;s job appeared under threat with rumours Zinnbauer faced the sack, but he is still at Pirates, and the new season will certainly offers a chance for more trophies, starting with the Carling Black Label Cup against Kaizer Chiefs at Orlando Stadium on Sunday.

“As a coach and as a player you want to win titles, that is clear,” added Zinnbauer

Zinnbauer will have to ensure that he delivers for his side, especially with the fans always on his back, after many among them were calling for him to be replaced going into the new campaign.