'I suppose most of the clubs will also to tell you they want to be in the top eight, so do we,' said Stellenbosch CEO Rob Benadie. 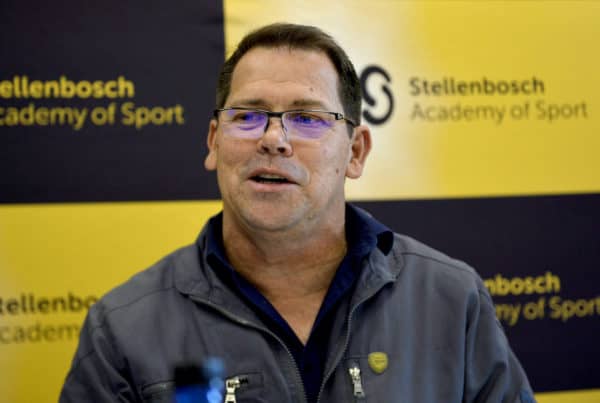 Stellenbosch FC are a team on a mission this year, with the club targeting a top eight finish following their poor showing last campaign.

The Cape Town side finished in 14th place on the DStv Premiership standings in the 2020/21 season.

In their third season campaigning in top flight football, CEO of the club Stsays their main objective is to make the club very competitive by competing for honours, rather having to fight to save their status at the end of the season.

“We sit as a technical team and a management team and decide what our objectives are at the beginning of every season. We are a football club, we are football players. The players will tell you that we are going to start the league and we are going to try to win the league, everybody starts on zero points, plays 30 games. When we play the first game in the Nedbank Cup we want to win the Nedbank Cup. I suppose most of the clubs will also to tell you they want to be in the top eight, so do we. We do want to crack it into the top eight,” said the Stellies CEO.

“We have a strategy where we want to be a consistent top six team in the country, where we will concentrate on competing for honours, rather than being concerned about retaining our status. So, we need that shift to happen at some stage and we see that this year might be the start of that. So, yes, we have set ourselves a target of a top eight.”

Stellies’ mission for this season begins with a tricky clash against Orlando Pirates away from home on Saturday.