Percy Tau defends Ahly move – ‘What is the point of me sitting on the bench?’

Percy Tau says he would rather be playing at Al Ahly than sitting on the bench at English Premier League side Brighton. 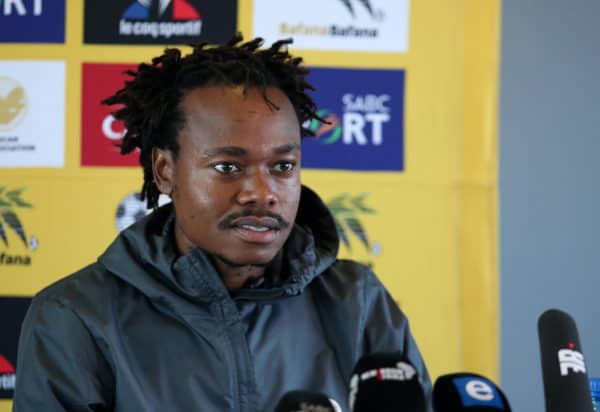 Percy Tau has explained his decision to move from English Premier League side Brighton to Egyptian giants Al Ahly.

The 27 year-old has been criticised by some, including former Bafana Bafana and Blackburn Rovers striker Benni McCarthy for giving up the Premier League to go and play for Pitso Mosimane’s Ahly.

“With most of these decisions I consider myself and how I feel. I know I always have the support of South Africa, and South Africa is a footballing nation,” said Tau.

“What is the point of me sitting on the bench when I am not playing? I want to see myself playing and my family wants to play. People will always have opinions, this is a big country.”

Tau was recalled from a loan spell by Brighton in January but despite performing well on his EPL debut against Manchester City, was not really given much of a chance after that by Brighton head coach Graham Potter to show what he can do.

“I have moved around before,” added Tau.

“I went from Witbank Spurs when I was 17 to the Sundowns academy. I went back to Witbank Spurs on loan (from Sundowns). When I got to Brighton (in 2018) there was uncertainty, I went to Union (St Gilloise, in Belgium), I went to Bruges. It is part of my career to move around. Some feel if I stayed here (at Brighton) I would have been ok, but you don’t know what I am going through here. I was going through something where I felt it was better to move.”

Tau, who is in the country to play for Bafana Bafana in this week’s 2022 Fifa World Cup qualifiers, added that he did have offers from elsewhere in Europe.

“The move (to Ahly) made more sense than staying in Europe,” he added.

“Of course, there were offers in Europe, and but at my age and because of other factors, that I haven’t disclosed, it made more sense for me to move there.”

Tau added that he believes Mosimane can help him become a better player at Ahly, as he did with the attacking star at Sundowns.

“He (Mosimane) will challenge me to try and win and make me a better person and a better player. I love winning games and can’t wait to get started.”